"It was so late that I was above draft, so I thank the government of India and its bureaucracy forever." 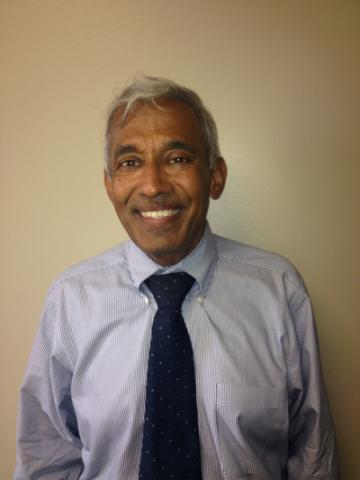 
When I came to the US, my intention was to study and go back. So I came here and changed my major to material science. I had to do my second bachelors. I decided to earn some money before doing my master's so I went to work in Chicago. At that time, I applied for a 6-month training VISA. They said if I am interested, permanent VISA is available. I was twenty-four then and what would happen is that you had to register for the armed forces. You could be drafted and sent to Vietnam. So I kind of tried to delay it. My family is Jain so I was not supposed to bear arms, etc. After that went on, I finally applied for it and the government of India came to my rescue. They would not accept my Indian passport. Unfortunately, it said my older brother was born twice but I was never born and the court would not change. Finally the INS got tired and issued me a permanent residency. It was so late that I was above draft, so I thank the government of India and its bureaucracy forever. But the first day I ever came, I was flying from NY to St. Louis. When I came to St. Louis I had to get a bus. He said it was $1.75. I thought it was $175 and my heart sank, but he explained to me that it was a dollar and seventy-five cents. I reached the campus and I was going to find my friend’s place. One student offered to give me a ride. He opened the driver’s side and asked me to go in. We stood there staring for a second and I realized that I was blocking his way to the steering wheel, it was on the wrong side! That was my first experience in that one stranger was willing to help me, and the cultural differences. Then I did my masters and went to work for IBM for a number of years. And here I am, forty-eight years later.