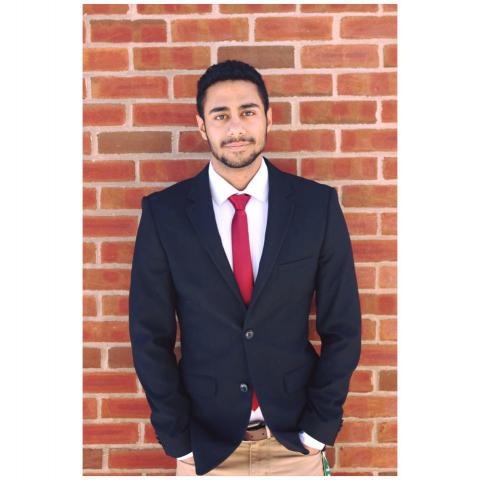 My first day experience in the US…it’s a tough one. So, my dad was here years before we were, in order to establish himself before he brought the family over. When we finally came, we had all these expectations that it was gonna be so great, and that made us see things as so much better than they actually were. When we first came, we landed in JFK airport down in NYC. At the time, we lived in Brooklyn, and we moved in with my dad. Right off the bat, it was just so different. There were so many people with yellow hair and blue eyes. Those weren’t very common in Egypt, and so it was really weird for us. All of these different cultures and backgrounds that we were never really exposed to. So that was a big eye-opener when we first landed. The other thing is that it’s colder here, which we weren’t really used to. And it was so much bigger and busier. It was completely different from Egypt.

Again, it was NYC, which isn’t so clean, but we had these expectations in our head that America was so great, and that was a biased view for sure. And so, when we came here, we saw things in our head that was so much better than they were. We lived in Bay ridge, Brooklyn. It’s a terrible neighborhood. Our house was an apartment that was literally a living room that was me, my brother and sister’s bedroom. My brother and my sister shared a bed, and I slept on the smaller bed on the top bunk. It was a tiny apartment. My parents also had their own bedroom, and a kitchen that was attached to the bathroom, and that was it. Literally, this place was tiny. My parents’ bedroom was only a bedroom because of this slider door we added. But it wasn’t even a separate bedroom, it was just one big living room. It was bad, but we thought it was the coolest thing ever, and we loved it, and we were all so happy with it until we saw other places and realized it wasn’t that great. So, my first day’s experience was incredible, because we had all these expectations for things to be so great, and so they were. But it was just so great to get to see all these different kinds of people and cultures, that was fun. Although I couldn’t communicate with anyone, it was still fun.