"Yanina and I came from Germany to the United States with a one-way ticket and all we had was a suitcase and a bicycle." 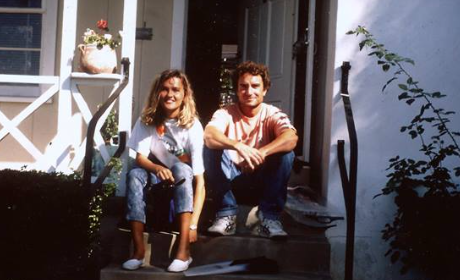 
Yanina and I came from Germany to the United States with a one-way ticket and all we had was a suitcase and a bicycle. We landed in San Francisco and I was thinking all the time ‘wow I hope this all works out here and we find a job and we can stay here’ because I had no job at the time and we only had like $500 or so and we knew that we would eventually run out of money. So in any case, we went there and I started writing my resume on an old typewriter and I had no idea how American resumes had to be written, I only knew how resumes were written in Germany so I was writing that I had a diploma in engineering and as it turns out nobody knew what the heck a diploma in engineering is because its not a b.s. or m.s. So I got all these letters back that said ‘thank you very much we’ll keep your resume on file.’ Never got any response so that was kind of a bad thing and I said ‘hey if this doesn’t work out we have to go back to Germany because we can’t stay here forever without money.’ Now one of the things I think about a lot is that we came here in June and in August all the riots in what was then East Germany started which then resulted in the wall finally coming down in October of 1989. All my life I was waiting for that moment because I knew that it had to happen at some point and when it finally happened I wasn’t there and instead was here but I guess that was okay. This country here was always very nice to us and always helped us a lot so it’s just such a pleasure.