First Days Project
My name is Minsha Ouyou.
"So the peaceful days in the U.S. without the worries of natural disasters sincerely helped me to recover from the trauma." 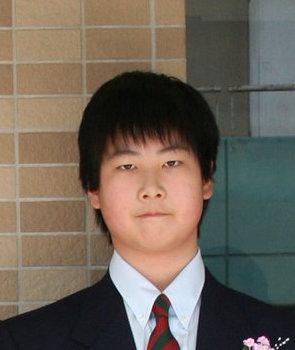 Before I came to the United States, I lived in Tokyo, Japan. Since I was born in 1997, I spent most of life in Japan. When I was young, I traveled all around the earth because of my father’s job. However, most of the countries I went to on my travels I didn’t end up living in. I didn’t actually end up living in other countries and getting to interact with foreign culture. Until my father’s company told him to go to Shanghai, China for a long term business trip. My family followed my father, and at that point I entered the local elementary school. During my stay I had a lot of culture shocks that caused me to change how I viewed the world.

Today, ten years after that long business trip, I am an 18 year old college student, living in the United States. The first year of my life in this nation was during 2011, because the Tohoku earthquake destroyed my city. My aunt who was living in the U.S. was very worried about us, and told our family to come to San Jose, California. At that time, the memory of the Tohoku earthquake still shocked me, and I feared that the earthquake would come again. So the peaceful days in the U.S. without the worries of natural disasters sincerely helped me to recover from the trauma.

During the few weeks of the life in the United States, it was very shocking to see that there are a ton of different races, religions, and identities in the same state. My country, Japan is mostly comprised of Asian people. Most people do not have a specific religion to believe. This transition constantly reminded me that I am an Asian from Japan. Everything around me was a foreign culture.

Even when we went back to our country after a few months, I still remember how I felt about the U.S.. I saw America as a strong, because they accept all different races, religions, and identities. In other words, the United States would lose their power if they stopped accepting the different cultures. Just like right after September 11 attacks (2001), the fear made American citizens ignore differences. This event did impact me in a very serious way. People in Japan thought of the United States as a country that was always calm and accepting. However, I was very happy to see that the United States was still accepting when I came here.

My first year in the U.S. on an abroad study program was begun during my late high school years. During those years, my mother and my little sister came with me, and we lived in the U.S. together. My parents did strongly supported my desire to study in the U.S. My father kept earning money for us, and my mother kept taking care of us in the U.S. I read American history, so I had some idea that the U.S. is a country that stands for freedom, but also I knew there was some racism that existed here. The history of slavery in the U.S., actually gave me some negative images about the past of America.I felt Americans very care about racism, and sometimes it is ridiculous. For example, some of my friends say things like “Maybe this will sound racist… but I love Japan’s Sushi.” After hearing this, I quickly respond “What? What part was racist?” There are a lot of things, that remind me Americans and Japanese have different vision about “racist.” Perhaps it is because most of the people living in Japan are Asian.

After two years, my English improved from the “A, B, C” level to a much more proficient level of grammar. I decided to go to San Jose State University, and study as a Linguistics major. I chose Linguistics because I had a strong interest about the language, and also the natural language process. Things like A.I or Google Translator are very interesting to me. My family went back to Japan after I entered SJSU, but they still supported my education. In the U.S., I could still find a lot of cultural differences in the student dorms. Those events allow me to keep noticing that I have a lot of things I still need to learn. I want finish my college education, and use my knowledge to contribute my country, the U.S., and the global society.