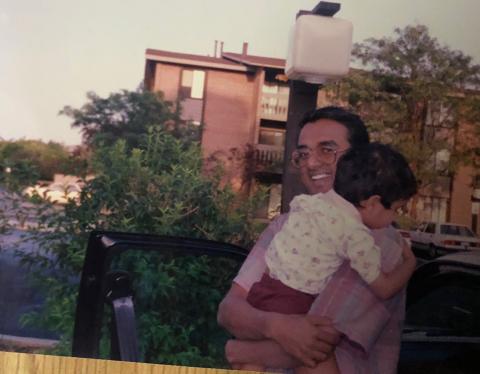 
Maybe around September, August or September of 1988 that I visited the US for the first time. I was working in Wipro at that time. I was recently married, I was married in March and this [trip] came about, I think… I’m actually going to revise myself. It came about in late November. And my flight was booked from Madras via Japan, and I was flying into Seattle through San Jose. This was an assignment for about three months.

For some fancy reason [when I landed in Seattle], the US immigration service decided to interrogate me, because they wanted to know where I was going. And I said I was going to San Jose and they decided to do a deep dive. They pulled me aside, did not give me the entrance visa when I entered and I was interrogated for about one hour. They went through my entire suitcase... It was a pretty upsetting experience I would say, and I felt pretty insulted. Anyway, after one hour they couldn’t find anything in my suitcase. And then, instead of taking the flight immediately [to San Jose], I decided to call my friend who was living in Seattle at the time, who was my roommate in Bangalore. And he came and picked me up and I spent a couple days in Seattle before I went to San jose.

But those two days was actually pretty fine, but it was intriguing. Some of the earliest observations was going around to meet many of the friends. And almost everywhere the first impressions we got of people who were already there were [that] they were most interested in finding out if this was my “first trip” and if so, when did I come. They felt immediately satisfied that they had come earlier. So, my friends and I actually came up with this concept called “Earlier Flight Syndrome”, which is for some reason people who had come “earlier” felt that they were, one way or another, superior to people who had come later. Of course, if you say the first time you say came was 1993, they respond, “Oh! I’ve been here since 1985” or so. But, overall, I thought the country was pretty well-coming in general.

My first few days in San Jose was pretty good. I stayed in a motel until we could find our own apartment. The restaurants we went to, the work place we went to, people were very friendly and inviting and wanted to know more about us and pretty helpful. Interesting things I thought while going around the city, and going around shops, was all the prices ending in 99 cents. “100 dollars and 99 centers”, I just couldn’t understand the concept behind that all. Much later I found that it was a marketing ploy to convince someone that it was “under” 200 dollars, or under 100 dollars or under 10 dollars and so on.