First Days Project
This is the story of my first day.*
INTERVIEWED BY Sarah Touey

What would you do if your father woke you up in the middle of the night telling you to quietly get up? I remember being 15, okay with living in Cuba. Being 15 and not knowing a culture outside my own, I figured the expectations weren't unrealistic. My parents knew differently and they knew the reign of Castro was never going to end. My dad and mom grabbed my younger siblings and we drove through the night from our home outside Havana to the port. We weren't allowed to bring anything except the backpacks our parents packed.

As we arrived at the port, my father met a man whose face I couldn't make out in the dark. He grabbed my hand though and escorted me onto a small raft, where my family, including my five other siblings, squeezed into. I was confused and upset as we launched from the port. What felt like the longest night ever, the sun finally began to come up and there its shores rocky, white, and water lacking clarity was the United States of America. I looked at my father was rage, "why America? We were betraying everything good we were taught in school." My mother wept and my father beamed with pride. He told us welcome to Miami, Flordia. It turns out that we were just outside of Miami but Miami became home to so many Cubans anyone who sought refuge from Cuba ended up there because of its close proximity. The remainder of the day was a blur, I remember my mother and father making supper, beans from a can in our new apartment as they told us how much better life would be.

As a fifteen-year-old, I was saddened to leave without a goodbye to my friends but as I have gotten older, I now appreciate the sacrifice my parents made. My parents never stopped pushing us and because of that, I was able to become a Spanish teacher, where I teach my students about suppressed Spanish cultures. My dad just retired from medicine and my brother followed in his footsteps. My four sisters became lawyers and teachers. We were lucky to have escaped, to never be forced to return, and to become so successful. Today, too many individuals are defined by the word refugee and dehumanized. It may have been forty years since I arrived in the United States but as long as I live, I will never forget my last moments of suppression before I was shown true-freedom. 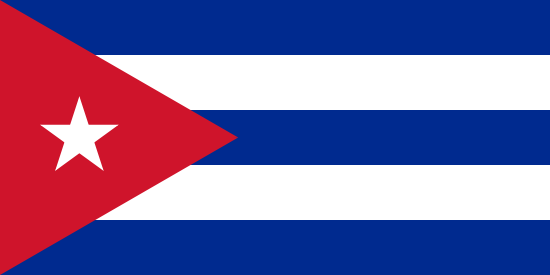