First Days Project
My name is Farooq Kathwari.
"Shortly after I turned 21, I left my home in war-torn Kashmir and headed for America where I planned to start a new life..." 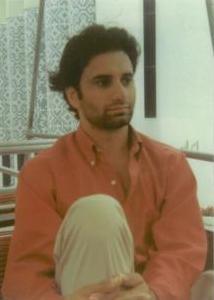 Shortly after I turned 21, I left my home in war-torn Kashmir and headed for America where I planned to start a new life, or as I had written in my journal at the time, “climb a new mountain.” I wasn’t sure what awaited me at the top, or how I was going to get there, but I couldn’t wait to get started on my journey.

My journal also describes my anxious, somewhat naïve state of mind back then. It’s obvious I was not a jet-setter, at least as yet:

I caught a connecting flight on BOAC in London. Reached New York after 7 hours. Anyway, New York is fantastic. I can hardly believe that I am here.

I distinctly remember the blanket of lights blinking up at me on the evening of September 25, as the plane descended upon what was then Idlewild Airport (now JFK). Back in Kashmir, a mandatory curfew meant all lights had to be turned out before dark. The only exception was during wedding celebrations. I remember thinking to myself, gosh, there must be a lot of weddings going on!

My father, who I hadn’t seen in many years, was waiting for me at the terminal. He had been living in New York for a year and a half, but he had left Kashmir sixteen years before that. I will never forget the way he looked or the excitement I felt at having finally arrived. Following our emotional reunion, my father took me to his apartment, a small but comfortable place in Elmhurst, Queens.

We spent the night catching up and talking about my plans to continue my studies at the NYU Graduate School of Business. I had decided to go to NYU because, amongst other things, it was one of the few schools offering night courses. This was imperative because I would have to work during the day to pay for my education and living expenses.

Over the next few days, my father showed me his world. He introduced me to the Levy family, who lived in Brooklyn and shortly afterward “adopted” me as one of their own. And he took me on my first subway ride, one of the most memorable experiences of my life.

Even though I was well-read and had seen a lot of American movies, I knew nothing about the subway. Hence my surprise when my father told me that we had to go underground on the way to register for my classes. This was a discomfiting, even frightening prospect for me. Back in Kashmir, most people who went underground never came back up.

My father smiled and reassured me that all would be okay. Nevertheless, I found the experience of traveling on the F train from Queens to Manhattan’s Financial District an unsettling one. In order to pass the time, I began studying the faces of my fellow riders, and in my strange new home, I found a sense of comfort. They look just like everyone else, I thought. It was then that I realized I would have no trouble fitting in.

Ultimately I would get used to the subway, even enjoy it, but that first trip was something of a shock. Still, my predominant emotion during those first few days in New York was one of joy.