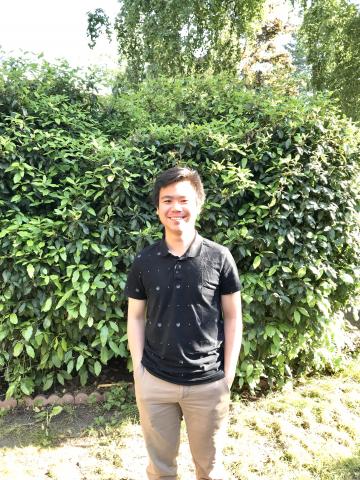 
So the first time when I landed in US it was at night around like 9 or 10 pm in Seattle. I was with my dad, came to the airport, and then we immediately searched for a taxi to get to our Airbnb because we just wanted to sleep at that day. The next day we just get the essentials like telephone card, bank accounts and all those stuff. And then my first impression of US when I landed was this is very different than Indonesia, of course you know, but like everything is such modernized, it’s very modernized.

For example, like when I order Uber in Indonesia. We can, we have Uber but like in here I can there’s a special place to order Uber in the airport itself so you don’t have to have like Internet or phone to order it you can just like tap it on the screen and then the Uber will come to you at the airport. So that’s like one of the things that I first noticed when I came to America.

The second thing I noticed was. It was very rough because when I came it was rainy all day. I mean I’ve heard the pedigree of Seattle as a rainy city but this is not what I’ve expected especially when you first came. But that’s just how Seattle is. And it kept raining for the next like three days before the fourth day just being cloudy. So I guess I have to be adapted to that kind of weather.

And the other thing that I noticed is when I first came here everything is very very metropolitan. It’s not like, I mean I’m from Jakarta. It’s pretty metropolitan there. But even in Seattle, I would say it’s like Jakarta except it’s much more modern and it’s less traffic jam. It’s very, very tiny compared to Jakarta; it’s very clean compared to Jakarta. So that’s just my first impression coming to the US.