"So it was a really really difficult transition to make, because when I saw my parents at the airport, I will never forget it, I didn't know who they were." 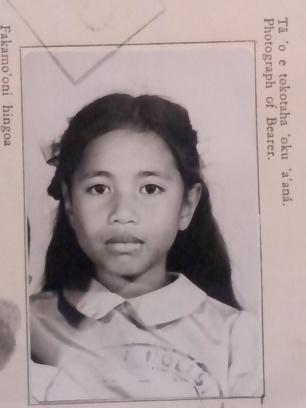 
Lynette immigrated to America as part of a piecemeal immigration (family members get brought over one at a time) which she said was not uncommon for many immigrant families.

Lynette's parents made the decision to take the scholarship and left Tonga in 1969 when Lynette was only four years old.

Lynette and her little brother continued to grow up on Tonga with their grandparents and were finally reunited with their parents in 1972. But after being away from her parents for such a long time and at such a young age, Lynette's journey back to her parents and her journey to America, was an incredibly emotional day for the eight year old child and her five year old brother.

So it was a really really difficult transition to make, because when I saw my parents at the airport, I will never forget it, I didn't know who they were. And the day that I was sent off, when my grandfather put me and my brother on the plane to leave Tonga and when they told me you're going to your parents, that was the first time in my memory that I was told that I had other parents; The day that my grandfather put us in the plane and said goodbye and gave us a hug and said you're now going to your parents. So the flight from Tonga to Hawaii was really really sad. *sniffle*

*crying*
So you can just imagine 8 year old being told that I had other parents. And then the flight from Tonga to Hawaii is about a 5 hour flight so you could imagine what was going through my mind for five hours being sent away from the parents that I knew to, to these new people that I didn't know who they were so it was a very very difficult transition. So it was basically - I felt at the time that I was just put in some stranger’s hand with this new identity that they were my parents. And so by faith in my grandparents I just had to go with it, and go along with it, and accept it. So it was very very challenging and hard for me.