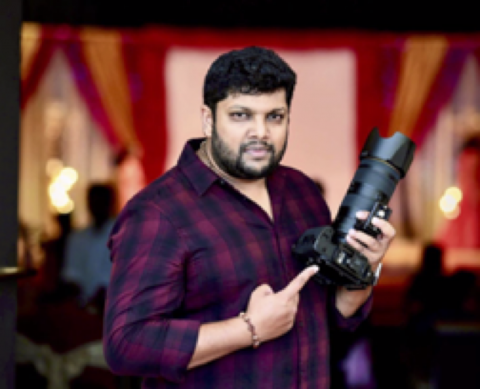 
Orpheus John is an award-winning photographer who grew up in Kerala, India. He moved to Staten Island, NY in 2007 and moved to his current home of Houston, TX in 2018.


Where (city and country) were you living before you came to the U.S.?
I was living in Kerala, India.

What caused you to migrate from your home country to the US?
I got a job in New York and came to the US through that company.

How old were you when you came to the US?
I was only 27 when I came here, in my prime time. It was everyone's dream to be in the US, especially the Big Apple - New York City. That was the happening place!

What year and where (city and state) did you arrive in the United States?
I came in 2007 and arrived in Staten Island in New York.

What are your memories of your first day?
I was amazed and had never seen such a big city. Before that, I had only seen the USA in the movies. The big, big skyscrapers and everything like that. When I came, I was just, I mean...wow, my jaw dropped. As soon as I arrived, I knew this was where I was meant to be. In India I hadn't seen bustling urban life, as I grew up in a very little town in Kerala. As soon as I landed, I went out to McDonald's or another restaurant. I still remember we were having pizza on the first day. This was like really a big thing. Growing up, a Coke or a Pepsi not that reachable for me. It costs more in India than it does out here. When I came to the US, I noticed everyone was drinking soft drinks like Coke and Pepsi. It's almost like Americans brushed their teeth with them.

What was the hardest thing about being an immigrant to the US?
The language was a big barrier for me. Especially when coming from Kerala... South Indians have a thick accent. I still do. But especially when people ask you about something, like slang or something like that. That gave me a lot of trouble. One example is when I started working out here. There was a sweet old lady. She came to my office and she said "What's cooking?" And I said, "No, I didn't cook anything. I didn't put anything in the microwave." (laughs) I didn't understand what she meant.

What was the best thing about being an immigrant to the US?
The quality of life is much better than what we had in India. One thing is I haven't seen much is corruption, which is a great, great, great difference coming from India. Everything there happens through corruption. Even if you want to get a water line installed in your house, you need to go and bribe the officials, or else you won't get it on time. When I came here, I was surprised that everything has rules and regulations and is systematic. Everything is done when promised. You don't have to pay anybody anything. Everyone is treated equally. Even if you're coming from a in a financially poor background or you're very financially sound, in the US they treat you equally. The schooling systems, the quality of life and the value for money are all things I really like about living here.

How has America helped you achieve your dreams or bettered your life?
In India, there's no basis for pay. I could work extremely hard for hours together and not get peanuts. Here, you are fairly paid on an hourly, daily, or weekly basis. There are people who work three jobs or four jobs in a week and they make good money. They work hard and are paid for their work. Nurses work 12 hours per day and are on their toes all the time, but still get paid well. You know, chase your dreams, work hard, and then live peacefully. Don't live to show others. Be yourself. Be true to yourself, be true to your friends and family, and they will love you. That's my policy. I don't compete with anyone. I don't show up with anything that I don't have, or I don't try to achieve anything beyond my limits. But I'm happy. I'm not here to show off. America has also taught me this life lesson, which people in India have yet to learn.