First Days Project
This is the story of my first day.*
INTERVIEWED BY Isabella Nugent x 16


"You learn. You know, there is no need to berate oneself that, ‘I should have done this right the first time.'" 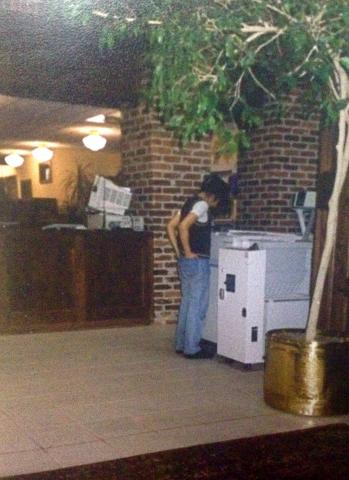 
I distinctly remember two things. There was a lot of snow, but I was numb to it. I just couldn’t feel the cold. The other thing I remember was a checked shirt I was wearing. It was my boyfriend’s shirt, who was left behind.

The relatives themselves were really wonderful people, very sweet. But what I found disconcerting was the suburbs themselves. Like, in how isolated and quiet it was and how—basically, how badly connected they were to public transport. It was also how quiet it was and how, you know, there wasn’t anybody around.

The other thing that was different is how group-oriented things are in the education system in the U.S. In India, it used to be that you study on your own and you do your own thing. That was hugely different in the U.S. where you had to speak up and you had to push people and that sort of thing, which was very different.

You know, unfortunately, I don’t necessarily have mostly pleasant memories from of the early years. And, uh, I’ll talk about a couple of things, which were disconcerting.

Conservative attitudes among the Indian Americans that I found. You know, things like casual racism, social/religious conservatism…um, I found it very surprising. And also, the conservative attitudes towards women. You know, like what they should wear and what time they should be back home at night. This was very astonishing to hear for me in the U.S. because I came from a progressive big city in India and it seemed like a step backward.

At one point when I decided to move to the city as well, there was certain…you know, almost offensive opinions from people about why moving to the city---you know, the downtown area and public transport---are dangerous and dirty. That was all eye-opening for me.

Maybe the one highlight of that first year was the first time I went to a real, proper blues club. I got a proper drink (laughs) and I had the privilege to hear some real music. That’s definitely, you know, something extremely extraordinary to have had that experience.

It was an eye-opening experience. That’s all it was. Like, I don’t know…it’s like you use the word comfortable. It’s basically acceptance and getting comfortable. That’s what it was. Because, um…just that the way of presenting oneself is very different in the U.S. There are certain, I suppose, personality kind of expectations with…you know. If you’re not equipped with that since a young age, to learn that an older age is…It takes some effort. If you are not careful and self-aware, you might end up blaming yourself for not being terribly competent or, you know, not being able to fit in and things like that. So you have to really be careful. And it’s very easy to slip into things like depressions because of that.

I don’t know. It takes time and with maturity you realize what you do have. Because the reason that I did leave was because I was looking for more exposure and I was looking for new ways of thinking and openness, which isn’t necessarily found in some of the more conservative social aspects in India. So, in that sense, it was a privilege to be in the U.S.

What would advice would you give your past self?

You know, I wouldn’t blame myself so much for not knowing the rights things to say and do. The expectations that I had of myself were way to high. You know, I would have been a little more compassionate with myself for, you know, everyday faux pas in social situations or, you know, just relating to new kinds people. You learn. You know, there is no need to berate oneself that, ‘I should have done this right the first time.’

A lot of times people do not realize what other people go through, what they have gone through, and what their story is. In terms of the immigrant experience itself, like, people have really gone through a lot of things. Just that we should be cognizant that how we treat each other. We should have a little more sensitivity I feel.