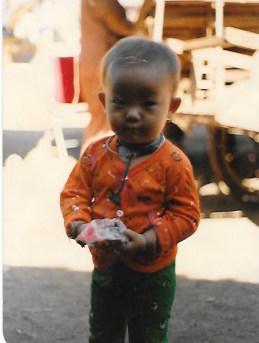 
The experience Pakou’s family had when they arrived in California from Thailand made up the stories that she would hear, and would shape her, throughout life.

After 30 years in the U.S., Pakou’s parents have witnessed her and two siblings graduate from university, with two more currently in college, and two go into the armed services.

Looking back on the first day they spent in the US, where even turning off the lights to end the day was something new to learn, her parents do not regret the sacrifice they had to make to give their kids a chance at a better life.


I had just turned three so I don’t remember a whole lot, but growing up I often heard my parents talk about bits and pieces of the story of how we immigrated here and what the experience was like.

We are refuges of the Vietnam War. My family is from Laos and we spent some time in Thailand. The time spent there was in the refugee camps.

The journey went from Laos after the war, to Thailand, we came and landed in the United States in San Francisco.

You know, as I mentioned as we landed in San Francisco. It was my mom and my dad, I had two brothers at the time, myself, my grandparents, an uncle, and aunt and a cousin. We all came together, we were picked up by three uncles. I remember my dad describing the uncles arriving in this big van so they could fit all of us. There was not quite enough room but we all kind of squeezed in. We arrived with one sack of pots and a suitcase full of clothes, it was three kids at the time and my parents and we only had one suitcase of clothes.

My uncle drove us to uncle--- house and that’s where we stayed.

Initially my mom said, she described her impression of the whole trip, being very impressed with street lights, and the street, and the car, the neighborhood

While my dad, he was very impressed with the bathroom. After seeing the bathroom, my dad took a stroll in the yard and while he was there he thought about how his whole life he never had to depend on someone to the extent at he is now depending on my aunt and uncle.

And my mom, the same thing, after the impression of all the beautiful things came to an end and she had a moment to sit down—she thought about how scary it was. They both expressed immediately wanting to go back to Laos.