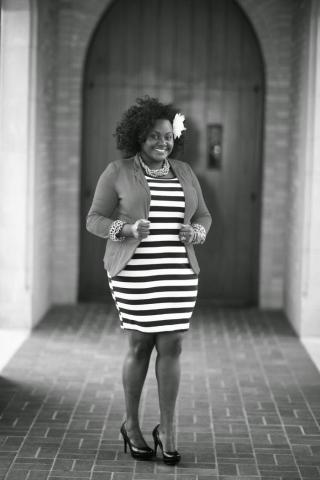 
Fiona moved to the U.S. from Nairobi, Kenya, when she turned 16, on July 29, 2006. Her mother had moved to Dallas, Texas, to get her Ph.D., and her father back in Kenya was needing to travel a lot for his work, so it was decided she and her brother would join their mother.

The day was bittersweet for Fiona, as she was leaving behind her father and extended family and the life she had known growing up in Kenya. She was happy that she was leaving boarding school and would be living with her family. The day she arrived in the U.S. was her birthday, and her mother threw a party for her and her brother when they arrived.

Although the first day was one of feeling homesick and somewhat sad, Fiona was happy that it ended with celebration since her mother threw a party for her birthday and their arrival. It helped her look forward to the new chapter in her life.


My name is Fiona Njororai, and I came from Nairobi, Kenya. I moved here in 2006 and moved directly to Dallas, Texas. I was 16 years old when I moved here. I moved here on my birthday, so every birthday I also celebrate my anniversary here.

When I arrived in Dallas it was July 29, which was a very hot summer day in Texas, like way hot, I had never experienced heat like that, and it was very humid.

That day was a sad, emotional day for me but ended up being exciting because my mom had planned a party for my brother and I when we arrived to welcome us and also to celebrate my birthday, so even though the room was full of strangers and people I had never met before, it was exciting to know that even though we had left everything, we were coming and we were being received by people here, and so it felt good to end the day with a celebration, but when we first arrived, there was a sense of homesickness for my brother and I, and we were very young, so we were kind of sad.