First Days Project
My name is Premlata Vaishnava.
"I was extremely shocked to think that there could be a house without sugar?" 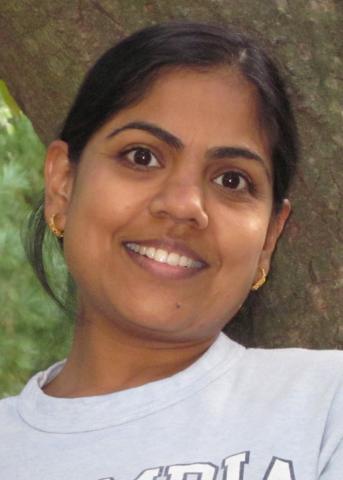 On the morning of July 10, 2001 I arrived at JFK in New York City. As my husband puts it, our marriage was ‘Dilwale Dulhania Le Jayenge' without singing and dancing. After going through bureaucratic and social hardships, I finally made it to the USA and right at the airport I am separated from the man that I married and came this far for. While I waited to be cleared by the immigration officers, every fear that ever existed in this world swung by my mind. Is he waiting for me outside? Am I going to go back to India? If I do, where would I go? I have no money.

Two hours never seemed that long as in that small room. I came out and was so relieved to see my husband standing there with his parents. Tears rolled out of everyone’s eyes and it was very obvious that an invisible cultural shock was present there. Everyone hugged each other. For me, it was quite a new to greet my in-laws for the first time. Then I took the dog from my mother-in-law’s hands. Until today, I do not know why.

After some photos were clicked, we were on the road. It took us about an hour and half to get to my new home in Bethel, CT. After we all got into the house my mother-in-law disappeared. I went into the kitchen to make some chai and I ask my husband, “Where is the sugar?” My husband asks his Daddy, “Where is the sugar Dad.” The response, “I don’t think we have sugar in the house,” comes from Daddy. I was extremely shocked to think that there could be a house without sugar? An hour later, mother-in-law showed up with ‘take out’ Indian food.