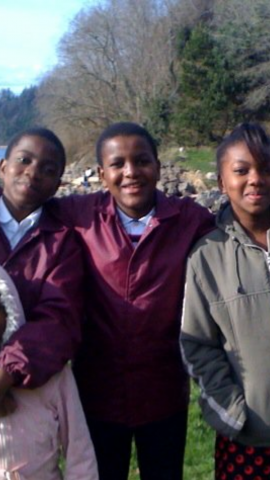 DEPARTED FROM
Kinshasa, Congo, The Democratic Republic Of The


Immigrants’ stories often go unheard. A first day in any new country can be stressful and terrifying, but also incredibly emotional. Shadrak Musafiri immigrated to the United States from the Democratic Republic of the Congo when he was 13 years old. He lived in Federal Way during his first few years in the US, eventually moving to Seattle and attending the University of Washington.


I was 13 years old when I first came to America. I came from the Democratic Republic of Congo, I was in Kinshasa at that point when we came over and went to Federal Way. I remember that first day, it was kind of a mixture of emotions, because I was anxious because it was a new place and I needed to start all over again. Building relationships from scratch but at the same time I hadn’t seen my mom in two years when we first got there, I was really happy to be reunited with her. And then, when we landed from the airport we took the rapid ride to the apartment and she had just signed the lease for the apartment the same day. So it wasn’t furnished at all, there were no beds, there was nothing. But we didn’t care, you know, cause we just hadn’t seen her in so long, so we just stayed up all night, we got some chicken from Albertsons, and then just ate and slept on the carpet.

DEPARTED FROM
Kinshasa, Congo, The Democratic Republic Of The