First Days Project
My name is Thomas Abraham.
"We could see a lot of Moonies (followers of Sun Myung Moon) and Hare Krishnas trying to recruit followers for their movement." 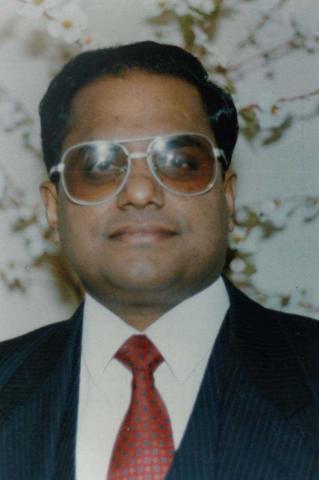 I was excited to reach New York when Air India Boeing 747 landed in John F. Kennedy Airport on August 28th, 1973. I had received a fellowship to pursue graduate studies in Mineral Engineering at the Henry Krumb School of Mines, part of School of Engineering and Applied Sciences at Columbia University. The first thing I noticed was how we got out of the plane. A large mass transportation came near to the exit and its platform raised itself and connected to the plane door for people come out. In the plane I befriended a Kerala lady who happened to be a cousin of the famous Malayalam, Tamil and Hindi movie actress Padmini. So when I came out of the Immigration and Customs, Padmini who came to receive her cousin, was the first Indian I saw outside. I was expecting New York to be cold. However, it was a hot day.

I had only $75 in my pocket. Therefore, I had to be careful in spending money. I did see a volunteer of an international education assistance group with an arm band. They have been assisting foreign students coming to the US. I had asked him for assistance to go to Manhattan. He suggested me to take a bus to the Grand Central Station and then a subway shuttle train to Times Square and another train to Columbia University. I was so tired of the jet lag that I wanted to somehow reach dormitory office and get the key for my room. I reached Columbia University by about 7.30 p.m. The person at the dorm office was very nice and provided the key and direction to go my dormitory, Hudson Hall, which was a few blocks from the main Columbia campus. Luckily, I collected some towels and sheets from one of the linen service providers. I had not brought any linens or towels.

The university was not officially opened yet. However, I did see the professors and a few graduate students on my first day. Since there was nothing else to do, I decided to tour around Manhattan. So I took a bus which goes through Broadway 114 St. all the way to Times Square at 42St. and then turn towards to East side of Manhattan to the UN. As soon as the bus reached Times Square, I could see that the whole place was crowded with a lot people. With the Hippy movement in the previous years, America was a liberated society especially in New York. That was reflected at the Times Square with almost all theatres showing pornographic films and most show places were having peep shows. There were stores displaying pornographic magazines and other items. Times Square was indeed the pornographic capital of the world with a lot of prostitutes moving around. The theatre district had Broadway shows, but their business was down. We could see a lot of Moonies (followers of Sun Myung Moon) and Hare Krishnas trying to recruit followers for their movement. I decided not to get off from the bus and returned back to the dormitory. The main problem was to get some food to eat since the dorm did not have a cafeteria. So I decided to get some bread, milk, cheese and orange juice. That was my food for the next couple of days.

So my first day passed without much events, of course lonely, since I did not know anyone in New York at that time.