"He told me this is the best food and I would keep eating it." 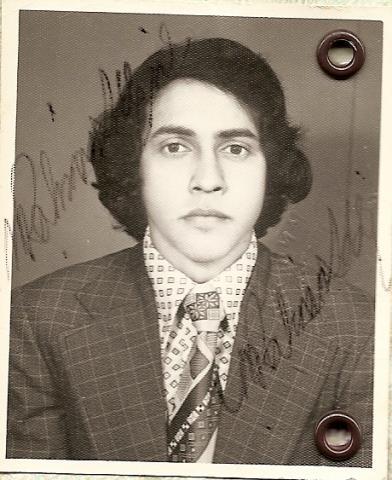 
When I came to Detroit, my friend was supposed to pick me up, but he changed his apartment so the number I called was disconnected. I called the department, and someone picked up the phone and he found my friend for me. He called me back at the pay phone, and said he would be there in half an hour, but said he was searching for someone with a car. He came and picked me up, but he was running late so I thought he was not coming. I was so relieved when I saw him. The first night I ate some rice and chicken, the same food as Bangladesh. Then he took me to Burger King, so it was the first time I tried a burger, french fries, and onion rings. He told me this is the best food and I would keep eating it. I came here for higher studies and the next day I went to the department and met my advisor. At that time, he had his own bathroom. When I got there he poured himself a cup of coffee and picked up the Detroit news and asked me to wait. And remember, I am from Bangladesh, and couldn’t believe that he was going to the bathroom with both of those things. Nowadays, I also take newspapers into the bathroom. This was the strangest thing that happened to me once I got here.