"We walked throughout the night without seeing and knowing where we were stepping on, a rock or a snake. " 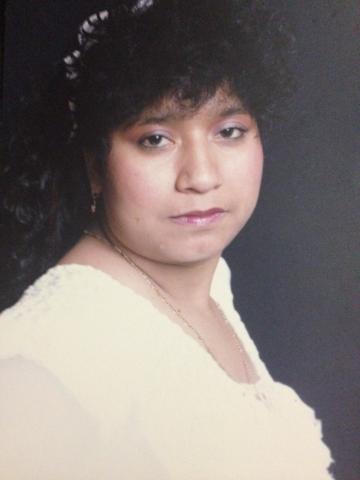 
An immigrant mother of four daughters, Yolanda Tellez, describes her journey from Mexico to the United States. Yolanda at the age 21 made the decision with her husband to leave their native country to work for three years with hopes to return to their daughter who was left behind.

The journey was emotionally and physically rough. Feeling like she failed as a mother for leaving her two year old daughter behind to not knowing where she was headed throughout the desert. After being received by a family member in California, Yolanda became pregnant and had an encounter with a wanted criminal by the police officers in her home during her first days in a new country.

I lived in Mexico City, Mexico. My husband and I decided to come to this country with a dream and thinking it would be easy but not true. The life here is also difficult.

The first child I had was at the age of 21, which is the daughter I left behind.

I felt like I was failing at being a mother. A child of two years old depends highly on her mother.

The decision between my husband and I was to come to work in the United States for three years and return.

We began walking through the desert around six in the evening.

We walked throughout the night without seeing and knowing where we were stepping on, a rock or a snake.

We arrived at San Fernando Valley, California. We were with a family member of mine.

There were four married couples in a four-bedroom apartment.

I would pray to the Virgin Mary to protect me and guide me.

I heard people arguing and I immediately went to the sound of it. I asked what was happening and apparently this guy wouldn’t leave.

The next thing I see is the male put his hand into the toilet water and rapidly flushing an item.

Being concerned and telling the man that I didn’t want any trouble because I was pregnant at the time.

We didn’t even know this man. We kept insisting on why he came into our place. He repeatedly kept telling us to stop and quiet down.

The living room was full of police officers when we walked down the hallway and directly pointed their guns at our foreheads. I instantly panicked. (Gasp)

The police officers took the man to the living room and questioned me if I knew him. I didn’t.

The only thing on my mind was to not panic terribly. It could result in birth effects to my daughter.

Later, my daughter was born with problems.

When one comes to the United States, one suffers a lot. One passes through things they wouldn’t ever imagine when coming to this country.