First Days Project
This is the story of my first day.*
INTERVIEWED BY Connor Gilgallon

Where did your family immigrate from?
Vietnam

When did they immigrate to the states?
My dad Immigrated to U.S. the 80's and my mom immigrated to the United States in the 90s.

Why did they come to the states?
My dad immigrated to escape persecution from the northern Vietnamese army, and my mom came to the U.S. because she was told that she had a better chance of becoming a professional singer.

Why did you dad need to leave Vietnam?
My dad was basically a volunteer in the southern Vietnamese army and the Northern Army was trying to get rid of all the military personnel from the southern army. The two armies had underwent a war in which China supported the North and the US supported the South so that it wouldn't end up communist. The Southern Army ended up losing anyways though so my dad had to leave the country and come to the US.

What was each one of your parents “first day” experience in the United States?
My dad landed in California and the culture was very different from back in Vietnam, since it's a third world country. The whole thing was a big culture shock, he had a lot of trouble finding work though so he ended up dealing drugs in California. If you want the specifics, he was selling cocaine. He doesn't do it anymore but it paid the bills since he couldn't find much work as a Vietnamese immigrant without legal citizenship. My mom's first day she was moving into and trying to get used to a boarding house for immigrants in North Carolina, which was where she came to from Vietnam. After she moved in, she was focusing on getting some paperwork done for a factory job in North Carolina where she worked for awhile until she met my dad. The factory is actually where my parents met. The only real fun part of my moms first day was she actually went to a donut shop and got her first US donut. She still talks about how good it was to this day, her first experience was eating a donut in the US as funny as that is.

Did your parents ever worry about deportation or anything like that in their first few weeks/years in the United States?
Yeah in the first few years of each one of my parents time here that was a big thing on their mind, especially with my dad since he really couldn't safely go home.

How long did it take your parents to get their citizenship?
My mom got her citizenship in 2004 and my dad got his earlier in 2000.

What do your parents think about living in the States? Has it been good to them?
The States are better than Vietnam, we can just put it that way. But they still do believe in the American dream now that they are officially citizens. They think that if they put the work in that they will be able to live a comfortable life here, which we pretty much do at this point.

Any last thoughts or comments or anything that they have said about moving to the US?
I don't really know what else to say, they came over for a better life and they've pretty much at this point found it. My mom may not be a singer but at least my dad isn't selling drugs anymore. No, but in all seriousness the US has been good to my family and I, now that they're citizens and have solid jobs we live pretty comfortably like they wanted for us. 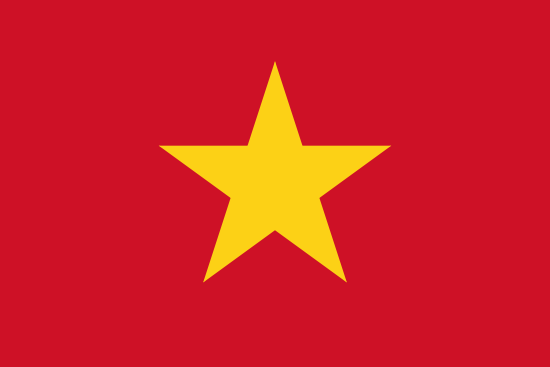