First Days Project
This is the story of my first day.* 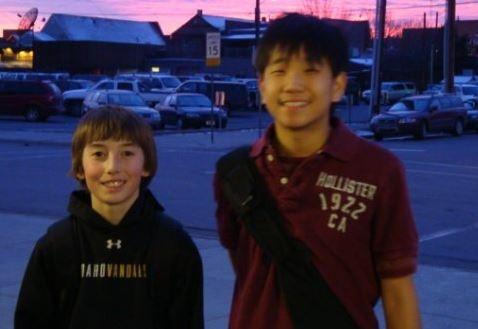 As a child I grew up moving a lot due to my fathers job. I was born in Seoul, South Korea in 1996 and moved to Malaysia shortly after when i was 3 years old. I attended pre-school and lived in Malaysia from ages 3-5 and moved to the dream country of the United States. Although I came at such an early age I still remember my first days in this country. I moved to a small town of Kalispell, Montana in the Fall of 2001.

Communication was not a problem for me as I attended an international school for pre-school in Malaysia so english was my direct second language. Unfortunately, the reason for having memories at such an early age was because of the tragic 9/11. I remember my mother was frantic and in panic as I was almost clueless as to the magnitude of the situation as I was only 5 years old at the time. The story of my life continues in Kalispell after that incident as I meet my neighbors who are also the same age as I am and we grew up till i eventually moved to Seattle in middle school and finally San Jose, California in my freshman year of high school. Although I moved around a lot within the US and outside of the US I would never trade my childhood for anyone else's as this country gave me so much and opportunities.