"I grew up in in Moscow. It’s almost 15 million people now. We are Armenian but none of us were living in Armenia ever." 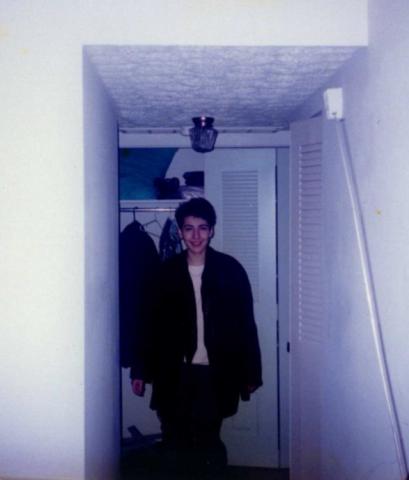 
Izabella Surenyants is ethnically Armenian but when a genocide occurred in Armenia 100 years ago in 1915, her ancestors relocated to the Soviet Union. She grew up in Moscow and attended medical school.

She fell in love with another Armenian living in Moscow and followed him to the U.S after graduating medical school. They had a daughter named Maria in 1998. Her flight from Russia in 1996 landed her in the JFK airport in New York City. He picked her up from the airport and they drove to Louisville, Kentucky where he was living and working. Soon after Surenyants arrived, they moved to Seattle and lived in an apartment on Capitol Hill.


My name is Izabella and Surenyants is my last name. Where I live? Lynnwood, Washington. I grew up in in Moscow. It’s almost 15 million people now. We are Armenian but none of us were living in Armenia ever. It was socialism back there so it was totally different then it’s now. Maria’s father moved here and I just followed him. He came a little earlier, he came like a year before. It was love [laughter]. He’s also Armenian. Armenians have to move always [laughter], no I’m just kidding. I had a flight to New York. He picked me up in New York and then in a car he took me to Kentucky, Louisville. I was happy you know I joined him and everything was new. I left my parents finally at age 28 [laughter], it was kind of adventure, you know. I was shocked, I said, “New York is like Manhattan.” And then I saw these one story buildings and all private houses everywhere, said, “I can’t believe it. It looked like rural area.” That was kind of surprise. I heard there was a lot of private houses in U.S., like in Russia it’s all apartments. This looked very different. I was surprised how nice people are, everybody smile at you. Just to say hi, you know. That was culturally differently like if you go to Russia nobody going to smile at you. If somebody smile at you you’ll think there’s something wrong or somebody wants something from you. We went to some fast food store, I couldn't find how can I make the water run in the bathroom, and there was no handles. Like, “Oh my god, how can I wash my hands? [laughter].” It was funny. Another thing I was shocked about was the portion size. We went to some waffle house, you know, some breakfast place. It’s in the middle states. But the portion size was like huge. I couldn't believe one person can eat as much like hash browns then sausages and two eggs and shake, you know. It’s just I was really shocked ‘cause it’s a lot of food, you know.