"… she just picked out random words from the dictionary and made me write them a hundred times like Bart Simpson does on the opening credits." 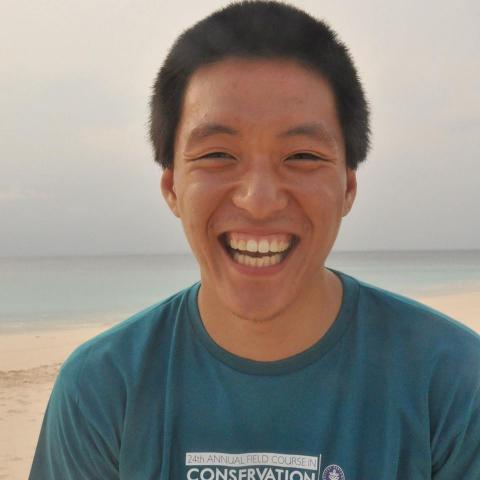 
Kevin Lee, 22, moved to the United States from Korea in the third grade when he was 8 years old. He left behind his parents and sister and moved in with an aunt he barely knew. While he admits he had a hard time adjusting at first, he found that having good friends could soften the blow of coming to a new country.

Kevin found the kids at his new US elementary school friendly and understanding; they helped him learn English and taught him about the finer things of life, like recess.

Kevin is still in contact with many of the friends he made in elementary school. One friend in particular, Kyle, invited Kevin to move in with him and his family after Kevin’s aunt returned to Korea when he was a sophomore in high school. Today, Kevin considers Kyle, Kyle’s parents, and Kyle’s sister, an extension of his own family.


I remember one particular instance where, um, I didn’t really know how recess worked. Like back in elementary school when I first got here. My favorite sport was soccer, and I was at the soccer field every recess and all the kids were playing and I thought they had like designated teams and it was like a school club or whatever. So I just like sat by the goal and watched them play every day for like two or three months. And the kid that was playing goal keeper, like every single day, was like “Hey, Kevin, do you wanna play?”

At that time I had no idea how to speak English whatsoever. I took a test before I came here to see how competent I was in English and I remember writing out the alphabet and writing out my J backwards, like that’s how bad I was.

I just went home and my aunt, she didn’t know much English either, but she just picked out random words from the dictionary and made me write them like a hundred times like Bart Simpson does on the opening credits. Just like that.

I came to America in 2001 in the summer. I was leaving my parents. My parents were still living in Korea with my little sister. I had family here; I had an aunt- my dad’s older sister, and other cousins who did the same thing I did- left their parents in Korea.

So I moved to Lacey, Washington, and I went to school in Lakes Elementary School. And they thought I was like really cool because I was from somewhere else. I was foreign, and they liked it.

One guy, his name was Kyle, and um he was half Korean, and I’m full Korean. And one time for cultural day or something like that, I wore this like Korean cultural outfit called hanbok and he recognized it ‘cause he’s half Korean and when he looked at me he said he thought “Who’s this weirdo wearing hanbok in class, like what’s he doing?”

We became really close friends, me and Kyle, and in high school, my sophomore year, my aunt left to Korea. So I had nowhere else to go and my parents were thinking about getting me an apartment and just paying rent, living by myself. But I’m a sophomore in high school.

So Kyle just came up to me and said “Hey, Kevin, you have no place to stay? Why don’t you just move in with my family?” And I did and now when I go to Olympia I go to see them, like they’re my family now and they check in on me, so they consider me as their son, they’ve told me, and I consider them family. I consider them my parents.