First Days Project
This is the story of my first day.*
INTERVIEWED BY Julia Leonard 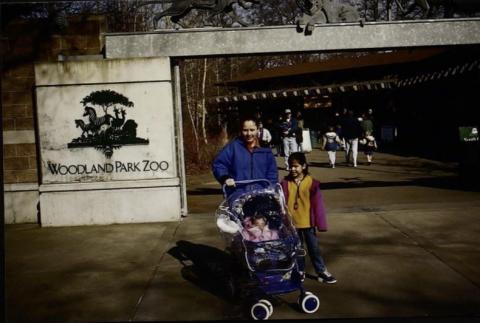 While it has been 21 years since Maria arrived, she remembers her first days, months, and years vividly. They bring tears to her eyes as she remembers how difficult and painful it was to not speak English, to feel alone, and to send her eldest daughter to school without knowing where she was going and if she would return.

“These memories, they make me strong. They force me to be a better person and never take for granted that we wake up in the morning and have the opportunity to work. I have never missed a day of work, I have never called in sick,” said Maria.

Her oldest daughter would eventually teach her how to speak english after she would come home from elementary school, which led to her current job as an interpreter.

She is grateful for the opportunity to share her story and for the people who have helped her and her family along the way.


"I got a job at a hospital as an interpreter and I couldn’t believe myself that either because I make so many many many mistakes when I was learning English. I remember that my husband got invited to a party one day and he says, “We’re going to this party and it’s my boss’s party so don’t talk too much, don’t say anything. Your English is not really good we don’t want to offend them or anything.” The house that we were in was beautiful, the kitchen was amazing. and I let my imagination go like what I would do in this kitchen, I will cook tamales, chicken, pozole. and I want to tell her that her kitchen was beautiful so here comes this lady and she says, “Are you having fun?” and I just tell her, “Your chicken is beautiful.” and she looks at me and says, “We don’t have any chickens.” and then my husband turn around and he look at me and nod his head like, “please don’t talk anymore,” and Im like “your chicken!” and so I pointed to the kitchen right and she start laughing her head off and she says, “oh the kitchen.” and I say yeah and she says “that was really close.” so I was really embarrassed for a minute but then I laugh and then I say like okay I don’t care if they laugh, I’m just going to learn how to speak English. It doesn’t matter who laughs or who wins, I’m just going to be happy. And I change. That day I change. It didn’t matter anymore what people were laughing about or crying or about my english or complaining or if I say something wrong I will say it again until I get it better. and I can tell that Estefania was getting proud of me and Valeria was proud of me and I feel after 16 years I feel that I was making progress, but the first few years of my life were the most harder years of my life."