First Days Project
My name is Vladimir Voina.
"It struck me as something absolutely surreal. Not possible even to imagine. I counted 83 beers… because it was so unnatural. We were drinking in Moscow just one brand of beer!" 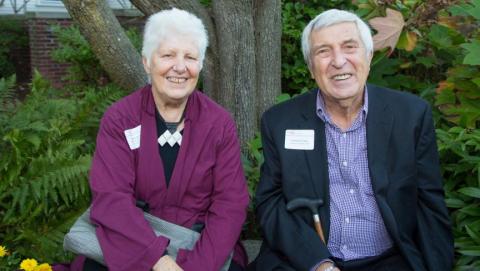 
In this next story, Vladimir Voina, a journalist from Moscow who has written for Russian and US newspapers, talks about arriving to Boston in 1989. He moved to the city for a journalism fellowship and stayed.

On his first night out in Boston, he was struck by long supermarket aisles, the massive selection of food and liquor on display.


I am Vladimir Voina. I was born in 1936 in Moscow. I was 53 years old when I came to America, in 1989. It was an evening; I went out on the Harvard Square corner. Italian food store was delicate, very good...all kinds of foods, showing brands of beer, and it struck me as something absolutely surreal, not possible even to imagine. I counted 83 beers. One, two, three, four, five… because it was so unnatural! We were drinking in Moscow just one brand of beer. Beer, beer, there were long queues after beer. Everything I saw was filling me with joy. When I got my bank book, the first in my life, I was so proud of it. I thought, this is how Americans, well, American leaders, are eradicating the desire of the Americans to build socialism, communism, and all that foolish stuff. I was so proud and I was thinking, now I am also a part of the capitalist system. Now I am too... too much critical about American life. I find so many things I disagree [with], and we are looking at the TV screen now, what is this discussion about shutdown... I find it so foolish. So, you know, so irresponsible... it’s all gains, political gains, I hate it, it’s not serious. You have to create something, not destroy the balance between a two-party system; it’s a wonderful thing.