"When the dishes came, we found that we had ordered three very large portions. It was a normal portion, I guess in the States." 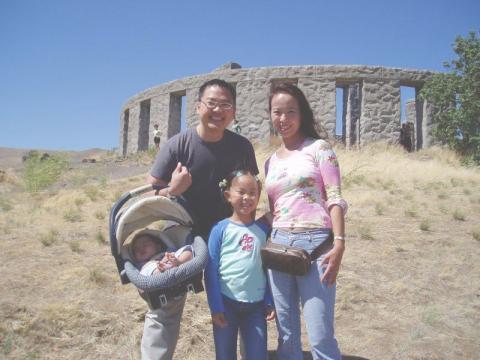 
In 2003, Aaron Wong and his family immigrated to Bothell, Washington, for the first time. Wong was born and raised in Singapore. But before moving to the U.S.A., he met his Japanese wife. They continued living in Singapore for three more years, but eventually they both moved to Japan together.

Thirteen years later, Wong was offered to move from Japan to the U.S.A. to further his career opportunities. His company was a global operation, so it had offices all around the world. The office in Japan required Wong to make frequent business trips to the Washington area annually. Eventually, Wong was offered to lead the Bothell office.

At this point in time, Wong and his wife now had a young daughter. The three of them set forth towards Washington State together.

The family spent approximately two years in the U.S.A., before moving back to Japan due to Wong’s job. But before they moved back, the Wongs welcomed a new baby boy into their family. And in 2007, for the second time, the family decided to move back to the Greater Seattle Area, in order to enroll the children in the American education system. Currently, the family happily lives in Woodinville, Washington.


The first day, I remember that when we arrived at SeaTac, that was in 2003, it was very busy. We were a little bit… anxious, because when we arrived the previous year was when 9/11 happened. So there was a whole bunch of security, and I had visited Seattle in the past, but I could sense that there were a lot more people watching, right. And people were less patient.

We arrived very late in the evening, and so we headed straight to the hotel. The room that was given to us was like a small apartment, right: it had a small little living, it had a dining area, it had a small kitchenette and then a bedroom. In fact it was a blessing I remember, having that spacious room, which I, which we found out later it was actually a standard room. We actually ended up staying there for more than 80 days, because it took us some time to find us our permanent residence, at that time.

So after we arrived, because it was late in the evening, we had to look for something to eat. We had never been to a Mexican restaurant ever in our lives. So here we were, we looked at the menu, and we thought, “Well okay, let’s go for it.” We were a bit hungry already, and each of us chose a dish. So that was our first cultural shock. Because when the dishes came, we found that we had ordered three very large portions. It was a normal portion, I guess in the States.

We thought that, “Okay, this must be really really unusual, maybe because it’s this time of the night and they’re about the close the restaurant and so they’re like giving us everything before they close up for the night.” So that was a very distinct memory of that very first day. That why it stays with me until today, because it was such a unique experience and we were totally shocked. I still remember, we were really really shocked when the food came out. But nope, that was a normal portion, and I guess that was the beginning of our adventure. It was a welcome to America kind of moment, right? Yes.