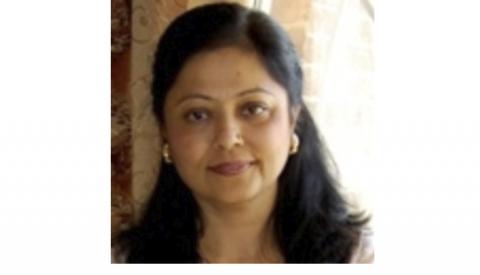 
Dr. Aisha Siddiqui is a Doctor of Public Health and founder of CHAT, a nonprofit organization focused on bringing a culture of health, art, and happiness to refugee and immigrant communities in Houston. Born in Pakistan, Siddiqui moved to Mecca for work and continued on to Parkersburg, WV, USA.


Where (city and country) were you living before you came to the U.S.?
I was living in Mecca, Saudi Arabia.

What caused you to migrate from your home country to the US?
When I got married, I joined my husband in Saudi Arabia, and he told me that his brother had sponsored him to travel to the US. At the earliest convenience, we would leave to join his brother in the US. And because I got married to him, we both came.

How old were you when you came to the US?
I was 23 years old.

What year and where (city and state) did you arrive in the United States?What are your memories of your first day?
I was very tired because we took several flights, you know. We took a flight from Saudi back to Pakistan to meet the family and say goodbye. And then from there, we went to Amsterdam. From Amsterdam, we came to New York. From New York, we went to Parkersburg in a small plane. I was scared because I had never been in such a small plane, only capable of seating 20 people.

What were your first impressions of the country?
It was so, so beautiful. Parkersburg is called ‘heaven on earth’. And it truly is!

What was the best thing about being an immigrant to the US?
We are all united by a common mission. Most immigrants come here for a better future.

What was the hardest thing about being an immigrant to the US?
I did not have any immediate family here. My brother in law was here, but he was a new person to me. I had not lived with him or didn't know him or his family very well. And then we moved from West Virginia to Chicago in a month. So, we were just by ourselves. So not having the family was very hard. And it was the first time that I had left my parents and my siblings.