"When the plane flew above Labrador the skipper again came and pleasantly advised me to survive on fish if the plane crashed on the snow covered ground." 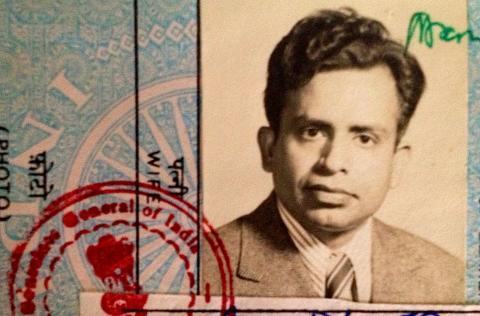 The Boston City Hospital accepted me as a Senior Resident Physician, and I was to join on 1 July 1969 [age 30]. I do not recall why, but I had to wait until 7 July to fly to the US. I flew from Kolkata to Delhi, and from Delhi to Orly in Paris. On my flight to Orly, a young German couple tried to instruct me on using a fork and knife and were genuinely surprised that I already knew how. The seats on my flight to Boston were roomy, and the plane was half filled. I dozed and dozed… Once the skipper came and asked for my assistance. He was worried that an Indian girl was not eating anything, and he wanted me to convince her to break her fast. She was a newly married Brahmin going to join her husband in Boston. She could not eat meat. We settled on fresh fruits (which consisted of only apples from the plane’s pantry.) When the plane flew above Labrador the skipper again came and pleasantly advised me to survive on fish if the plane crashed on the snow covered ground.

The immigration process was uneventful. I was allowed US $7.00 for foreign exchange. The cab driver suggested that I take the Blue Line subway to State Station, change to the Orange Line, and get off at the Northampton station at Washington St. in the South End. I traveled all of subterranean Boston before I reached the station. The hospital was about a quarter mile away, and an African American young man kindly helped me to carry my suitcase to the hospital. I was taken to the coffee room of the Operating Room Suite. The tired surgical residents were exceedingly kind to me, and I was allotted a dorm room. In three days, I exhausted my dollar reserve, but another Filipino resident volunteered to lend me $100.00. I took it and survived in the intern physicians’ dorm.