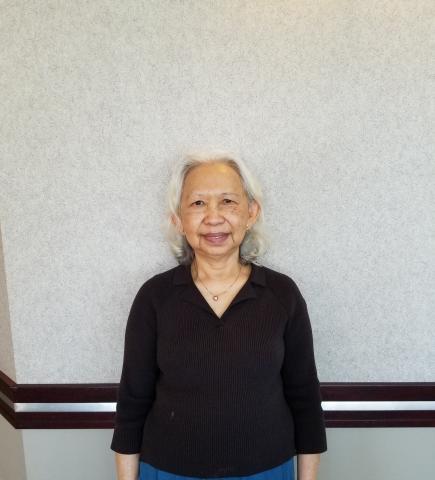 
In 1975 communist leader Pol Pat and his communist party known as the Khmer Rouge took control of Cambodia. Hard labor and mass execution were imposed on the Cambodian population under the regime. In efforts to create an ideal and self-sufficient agrarian society, those that were thought to be highly educated such as lawyers, doctors or any other in a high-ranking position were executed. Those that remained were sent to work in the fields and often died due to overwork, starvation and disease.

This period of time is often referred to as the Cambodian genocide and is one of the deadliest-killing approximately 1.7 million Cambodians.

Yeak Chen “Ann” is from Cambodia’s north western city of Battambang. At the age of 38, she escaped the genocide in 1979. Ann recalls walking tirelessly throughout the night- paving her own trails through the forest to reach the bordering country of Thailand seeking refuge for her and her children. Ann and her eldest daughter sat down with me to recount the story of their journey to the U.S.


On the west close to the Thai border it’s called Battambang. We escaped to Thailand. It’s all like forest, there’s no trail. We just made our own trails. Day and night we just walking. We wanted to get out from that country [Cambodia]. We wanted to stay in Thailand, but we were not allowed to. They don’t take you know another people from that country [Cambodia]. We stayed in Thailand for a couple months then we came to a refugee camp and we flew here I think maybe one day I think we got an airplane at I think 10 o’clock and we got here at 8 o’clock at nighttime. It was a 14-hour flight. So we got here November 6th, 1979. Until we come to the United States we got in at like the San Francisco airport. First we lived there for ten years and when we first got here I having my baby just 25 days old. So I stayed home not working. A week later my husband went to work. Like a church they sponsor a family coming but each family coming they take us to work and find a job for us you know at that time. No speak English but just know how to do the job. And I stayed home with my baby until he know how to walk like about 11 months and I brought him to school too [so I could] study English. I put him in the nursery at that time. They had a nursery for the baby. You know part of me has Chinese. [We had] Chinese neighbors from Vietnam speaks Chinese but same dialect [as we did] so we communicated. When I went to work so like in 1981 I took my son to babysit with the Vietnamese-Chinese [neighbors] you know? Downstairs she would babysit when I went to work.