"I was incredibly indebted to Wikipedia to give me positive overview about Oklahoma State University." 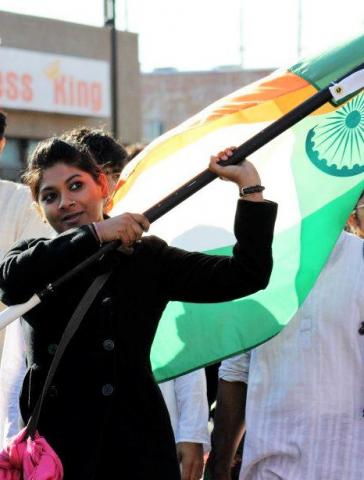 I was born and raised in Kolkata India, and moved to Mumbai later. I was in Mumbai, India before coming to the States. I was incredibly indebted to Wikipedia to give me positive overview about Oklahoma State University. Since I’ve received my acceptance letter from OSU for graduate studies, I have not heard many great stories about the university. With the exception of Wikipedia which mentioned that OSU was “listed by the Princeton Review as one of 120 “Best Western Colleges” for 2011, and as one of 50 "Best Value Colleges – Public" for 2010.” Hollywood tainted my concept of United States with extravagant high-rises and room to be uninhabited, free from any consequences. Stillwater was a fresh and fair chance to enlighten myself and broaden my perspective about the West. My first day was warm (literally and figuratively). Everyone talks about Indian summer, but I didn’t expect American (Oklahoma) Fall could be so hot and humid. My sister and brother-in-law came to the airport to receive me. People around me were greeting me with smiles and seemed excited about the day. I was welcomed immediately after arriving in the United States. The sense of freedom and recognition I looked for my entire adulthood suddenly seemed plausible. It was the last week of summer at OSU when I reached Stillwater. I was excited to explore. I got my ID, and opened a bank account straightaway. I was bombarded by questions about my journey, and how my name should be pronounced. I was thrilled to get my school ID within 5 minutes. It took me more than a year to get my own graduation certificate in India. The professional approach was taking me away from my home country, but was giving me new hopes to learn how to live life truthfully, and independently. I remember getting lost at the Chicago International Airport, not being courageous enough to ask anyone for help. At last I was saved by a man who was traveling to Oklahoma City on the same plane. I thought to myself while waiting for the flight; why everyone seems so happy? What makes them celebrate life amidst so much ignorance and sadness? I wanted my parents and grandmother to experience what I was experiencing. I realized for the first time that I’ve left “home” back home.

Hollywood might have given me cinematic impression of the United States, but my first day with full of mixed emotions and anticipation prepared me to step into a new brave world.