"Everything was just so odd, all the teachers and the principals, ‘welcome to the new school, we are so happy you are here,’ and I was like why do you care so much, you are all so weird." 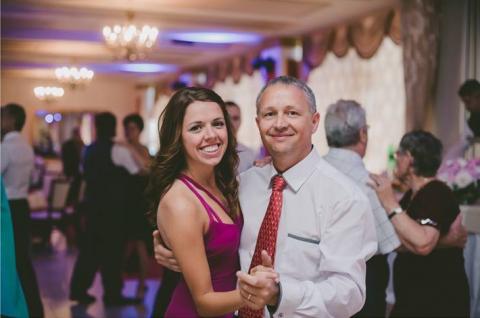 
At the age of 10 Calina Daian moved from Cluj-Napoca, Romania to the Seattle area where she and her family now surround themselves with fellow Romanian Immigrants.

She says her all her parents friends are Romanian, illustrating the close ties bonded within Romanian culture.

After the communist regime collapsed in Romania in 1989, citizens were given freedom to leave the country and immigration rates greatly increased.

Daian says today everyone wants to leave the country.

“Basically everyone is leaving Romania, going anywhere but there,” Daian said. “But the people that make it to America from Romania work really hard in school, other people just can’t [make it].”

Daian moved to the United States in 2004 after her dad had settled in with his job at Microsoft.

“It was insane, in Romania he had two jobs and was really struggling but he has always been a genius, so he got this interview with Microsoft,” she said. “No one even knew what Microsoft was in Romania.”

After a phone interview Microsoft flew him to Seattle for an in-person interview, after which he was offered a position.

“It was so cute, he was studying all these English books, he knew the stuff, just not in English, so he was really nervous.”

After her dad made the big move, Calina and her other brother were put in private English lessons.

“I learned a little, I mean as much as you can learn in two years, you know ‘hello,’ ‘how are you.”

Today, Calina speaks four languages: Romanian, English, Spanish, and Italian. She studies Italian and nursing at the University of Washington.


My biggest first impression actually was when, so when I first came here my dad lived in an apartment complex, just because he didn’t even know if we were going to stay here long enough, so we lived in this apartment complex. And so, a lot of people we also foreign, like there were a lot of Indians and whatever. There were also a lot of Americans there and I was really caught off guard by how welcoming, not welcoming because I almost thought it was fake, everyone would say hi to you and I mean like in Romania people don’t, I mean if you don’t know them people don’t say hi to you, like everyone does their own business, like its whatever. Everyone would just be like ‘Hi’ and ‘welcome!’ and tried to talk to us and I was just scared at first. And my mom too, who didn’t speak any language, she was scared too, we would go to like the laundry room and she would be like in Romanian ‘hi’ means come here, so she would be like ‘hi,hi,hi’ to me, and people would be like ‘hello!.’ And she would just be like what the hell, this is so weird. I think that was my biggest, I don’t know, and maybe also how laid back people were is what I noticed, even as a 10 year old. I was always so used to my mom always in high heels, a skirt, always and a suit. My dad was always in a suit, and like my dad had moved to America two years before us, and so he was starting to be all jean-type person too, so I was like this is so interesting. They used to always dress up for work and they would never leave the house in jeans. I was actually talking to my mom about this the other day, she never had shoes without heels on them before she came here, and it’s so funny.

I remember, this is what I do remember, I remember the appearance of America was so much prettier just cause I lived in a huge city with just like a lot of cars, a lot of busses, a lot of noise. Coming to the suburbs, its silent all the time, no one around, it’s crazy, so much clean grass and trees, it was just absolutely insane for me because I had never really seen that except for the country side. So I felt kind of like I was living in the country side and it wasn’t the country side at all, like in comparison to the actual countryside here.

So you moved into an apartment complex?

Yes, in Bellevue, because that is where my dad was living by himself before we got here. Then we bought a house like two years later.

My first day of school was horrible, scary. My school in Romania was just like you would imagine, old raggedy buildings, blackboards, the teachers were super mean, in comparison to the school I came to here, my school had just been remodeled, we had smart boards, we each got laptops and I was like this is unreal. Of course I realized later not all schools were like that, just mine, I got lucky. But, yeah, it was absolutely insane seeing all this technology, and the teachers, again, they were just so smiley, it creeped me out, it really creeped me out. My parents don’t smile, they don’t really like to fake smile, it’s just not them, and they are about showing their actual emotions, not like faking it. But yeah first day of school was rough, I remember, not knowing anyone, the teacher assigned someone to me, this girl, she was like “can you take care of Calina at break and tell her what to do,” and I like barely understood what she was saying. I actually made friends with the Mexican people at first just because I understood Spanish better than I did English. So I hung out with them a lot and it was funny because I was trying to see what American culture was like but I hung out with them for the first year so I didn’t even get to see American culture really. Lunch was super weird, the fact that they had lunch there, in Romania there wasn’t lunch, you had to bring lunch, and there was no lunchroom you had to eat lunch in the classrooms. Everything was just so odd, all the teachers and the principals, ‘welcome to the new school, we are so happy you are here,’ and I was like why do you care so much, you are all so weird.