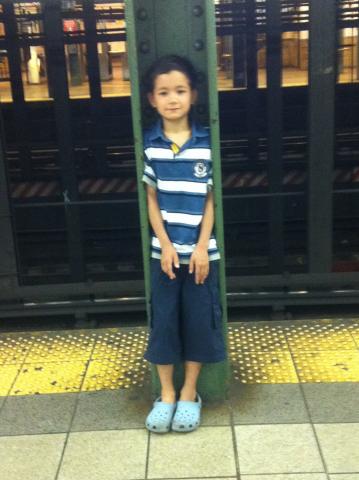 DM: I’m Daragh, I’m half Irish - half Cambodian. I was born in Ireland but I spent a lot of my life living in Cambodia, also, a part of it, living in Ireland and a few other places as well.

AK: Thank you, do you have anything to add to that?

DM: My life has been very turbulent in terms of— we’ve never as a family settled down. Two years into my life, we moved to Scotland, that’s where my sister was born. Few years later that we moved to Cambodia; it was a lot of back and forth. So, for me, my childhood— it’s very hard to imagine the chronology of things because we moved around a lot. But, we always moved to the same place. We’ve always moved to Ireland and then back to Cambodia and we knew the same people, it’s just that there were gaps in knowing people. But, other than that, I think it was a privilege rather than something to regret or not have-fun.

AK: Fair, thank you Daragh! So, how was your first day in the United States?

AK: How old were you?

DM: At the time I was nine. And it was, it was a really big transition because I was moving from Cambodian suburb— a very small town at the time to the middle of Manhattan on the 30th floor of this building complex called Waterside Plaza and I was lucky that it was…I’ll tell more about this and I’ll go to my first day; it was Waterside Plaza as a transitionary period of living in New York was— scary and daunting and very nice at the same time. Because yes, it was the 30th floor and I’m afraid of heights so much that like, I was afraid to go close to my window for about couple few months living there. But then, as I gradually became accustomed to it, it was just fascinating to be— it felt like being on top of the world for this little ten-year-old boy.

My first day, I remember landing…the flight had cameras on the outside of the plane so you could see the runway as you were landing and I remember seeing like— it was blurry and I was like “why is it blurry” and my mom’s like “that’s snow!” And I’m like “oh my god, snow!”. And at that point in my life, I’ve only been in snow, I think, only twice. So just to see it again, and to know that— it’ll now be a yearly part of my life— it was just so exciting and— the very next day when we arrived, it was so cold, it was so scary. American accents to people who aren’t American, especially for this, for myself, who was basically fresh off the plane— it’s very intimidating, people talk very confidently over there. But throwing that aside we arrived, and then the next day— complete jet lag— we ran outside into the snow and nearly froze to death because we were so unprepared for it and my dad’s like “let’s go sledging” so we went sledging and I think my first days in America really set the tone of positivity and new experiences.