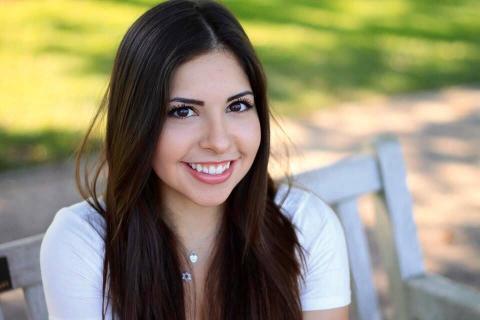 
Desire S., an 18 year old from Ajijic, Mexico, immigrated to the United States in 2012 to seek refuge from the drug wars sweeping her hometown. She described the takeover of her town as a horrific experience, where gang members would seek innocent people off the street to kill, including some of her classmates.

“No one could go out after 7 p.m. because it was dangerous and [the gang members] could just pick you up off the street,” Desire said.

Desire stated that it got really bad when the cartel captured one of her close friends. After disappearing for about a week, authorities found her friend and other bodies in trucks outside of her town.

“But it wasn’t just the bodies, they were dismembered and without the heads…they tortured them before they would kill them,” Desire said.

The schools in the area would hold meetings for the students’ parents, stating that there was really no way to ensure the safety of the students.

Desire described this moment as her step-fathers breaking point, when he decided, along with many other families, to pull her out of school. Her family then moved to Seattle the next week.

Desire’s step-father had some business ventures in Seattle, and already had a house there when they immigrated. Desire describes her first 24 hours in the United States as a miserable experience full of confusion, anger and sadness.

She recalls being scared of going to school, because she would have to take classes in English, and she would have to overcome cultural barriers of being in an American school. In addition, her new high school in Bellevue, Washington only had about seven students from Mexico in her graduating class, so she felt isolated and singled out.

Since moving to Seattle two years ago, Desire now attends the University of Washington, where she is a freshman.

“I was going to come [to Seattle] anyways for college, I just happened to come here sooner than I imagined,” Desire said.

She frequently goes back to visit her family in Mexico, and spent this past summer in Ajijic, as violence has since settled down.