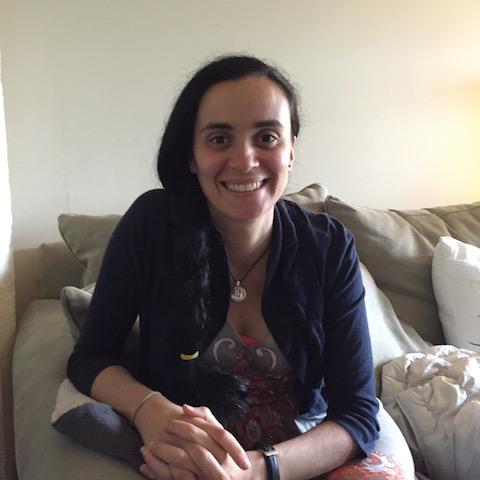 
Djazia Belocine, a 38 year old woman living Bellevue, Washington, moved to the United States from Algeria, North Africa in 2003. She and her then husband, fled their home country to escape terrorism and war, with hope of settling down somewhere safe. Belocine entered the United States speaking no english, and found herself in a place very different than her home country.

As years pass, Belocine finds herself constantly adjusting to her life in the United States. She struggles with her identity, as she realizes she is stuck somewhere in the middle between an American and an Algerian.


Why did you move to the United States, from Algeria?

Yeah, I moved there because, we had terrorism. They were killing a lot of people, they were taking girls, using them as a sex slave. And everybody, because it is a Muslim country, 100 percent Muslim country, everybody had to cover. You know, I even had actually one of the terrorism guys approach me and ask me to cover. You know I was in the market, buying some fruit and he came to me and he said ‘by tomorrow if I see you tomorrow again, I'll kill you.’

The first thing I noticed when I came here was different, its the fruit and vegetable. They have no flavor, no food, no, nothing. You know, and this is the first thing I remember was shock wise for culture, you know. The second thing I was really surprised, culture wise, was family wise-how Americans, they don’t have value of family. It’s like a girl when she’s 18, she needs to leave the house, right, its like oh okay now you are on you’re own. Like for us you can be 50, if you are not married, you don’t leave the house, until a man takes you. Like from your father to your husband, this is how you go.

Everything is changing, I feel like a stranger being there. And the worst part is, I feel being a stranger in Algeria, and I still feel stranger here in the U.S. I feel like I don’t belong here, I know, because of my accent, people always ask me where are you from, oh you have an accent. They always make me feel, I am not from here. And when I go there, people have developed for 13 years different than I did, and I’m still living in the past, and when I go back, I don’t feel like I belong there too, because I lost 13 years of life there. I feel like in space between the two places. You know, I feel less, like I don’t belong here and I don’t belong here, but I belong between the two. You know, and this is the worst feeling in the world. That I feel… that there is a piece missing now wherever I go.