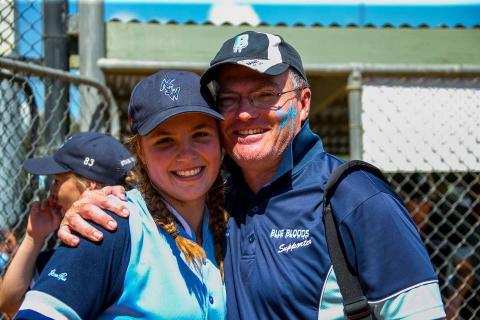 
A freshman athlete at the University of Washington, Gabrielle Plain just moved from her hometown of Harrington Park, Australia to play softball for the Huskies and attend university in the United States. A pitcher from down under, Plain narrowed down her college search to three U.S. schools after she deciding that she wanted to continue her softball career abroad. After much deliberation, she decided on the UW, and even since deciding, she was nervous to travel almost 8,000 miles from her home to the Pacific Northwest.

As the first in her family to migrate to the United States, Plain talks of how rare it is for someone to pack up and leave home as she did, and discusses the differences between life back home and her new life at a college campus in a completely different country.


“The first few days before coming here I was packing, seeing as many of my friends as I could before I came over, because they don’t really do that. Like no one really leaves, so for someone to just completely leave is just weird. I was kind of disoriented, because I didn’t know anyone here. So I was pretty much just with my Mom and Dad, and we sort of just viewed the city first, because my Mom had never seen Seattle so she was really excited. Then I went to a team, sort of like show-around with the other recruits, and I met quite a few of the teammates there, and I was weird, but like an awkward weird because I didn’t really know how to talk to anyone yet. It was really stunning just to get to know people because they’re really including, and I guess I had a funny accent so everyone wanted to hear it.”

“The culture’s very different, definitely the food, I’ve had a lot of miscommunications between what I’ve said and what someone else… they’re like, “that doesn’t make any sense.” “so I say biscuit, and it means like a small cookie thing, and everyone else thinks biscuit is what I think is a scone, so we have this big argument, “it’s a scone!” or there’s a really interesting one which is thongs, I think it’s the things you put on your feet, so whenever I go “Oh I’m going to go put my thongs on,” people give me weird looks and I’m like, “flip flops, I meant flip flops.” Yeah, there’s just like all these, like car-park, apparently people don’t say that here, there’s all these similar, but not quite, that just catch people off guard, so I have to stop think about what it actually is, and then I go “oh it’s this.”