"I went to some convenience store and I bought sandwich and salad and ate that for my dinner. It was… not so good." 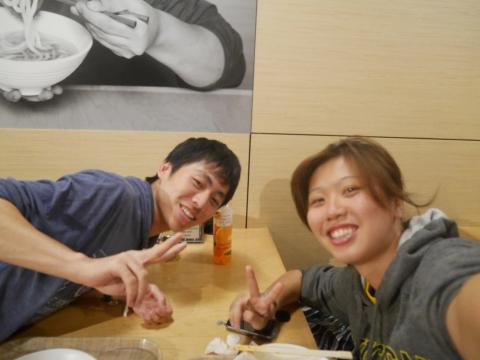 
Ok, so I'm Hiroki, Hiroki Kawamoto. I'm twenty years old and I came to the United States on September 7th and I'm from Japan, Tokyo.

I was really nervous because I didn't sure that I could make any friends or I could do well in academics, yeah.

I wanted to improve my English, so yeah I was expecting to use English during my stay in here so I think that’s the most important thing.

I was really tired, so I was like “finally”. Yeah and I had to go to Immigration at San Francisco so I had to have some conversation with the officer. It was really nervousing.

The officer at the airport was so angry, or so rude because most Japanese cannot speak English well, so they were so irritated about their English ability. So they were like “Where are you from?” and I said Japan and then “Can you speak English?” and yeah, something like that.

The hotel was an expensive hotel so it was comfortable, but I didn't remember much because I just slept. I didn't care about money, I just wanted to go to the hotel directly.

I went to some convenience store and I bought sandwich and salad and ate that for my dinner. It was… not so good.

I felt really lonely because I knew nobody and it as my first time to the United States so I as really nervous, yeah. But I Skyped with some of my friends in Japan so that made me feel a little better.