"My first impression [of Minnesota] was you didn’t really need a refrigerator; you could put your milk and stuff outside the window! Which was fine!" 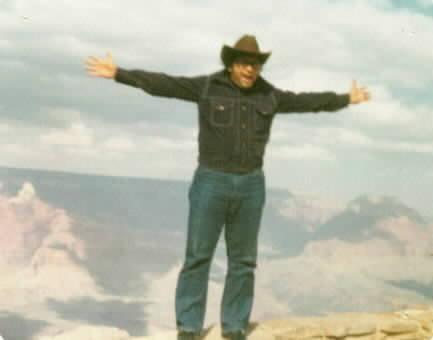 
Jessica: Okay, we are recording. So, why don’t you start by saying your name and what city you were born in?

Srinivasan: Srinivasan, and I was born in Secunderabad.

J: One year and three days.

J: Okay, so when did you first start thinking about leaving India?

S: Well, after I finished my master’s in political science and I was working with an ad agency…

S: It was actually J. Walter Thompson...an Indian affiliate in in Madras, which is now Chennai. And after I got my results from the master’s I thought I should get some education in mass communications. So I applied for different colleges. I got accepted to Northwestern, Stanford, and University of Minnesota. The U of M was the cheapest. Although Temple offered me a scholarship, but they wanted me for political science and I was done with it.

J: What did you know about Minnesota before you moved there?

S: Nothing, not a single thing, and I didn’t know a single person here either. Oh, I did know something! My professor, a guy called [???] Kahn, who later became the director of Delhi...chancellor of Delhi University. He was also the director of the National Labor Relations Board. And he used to advise presidents and prime ministers on national policy. He was my professor at [??] University. And it so happened that his wife was the daughter of a really good friend of my dad’s, and he had come to the University of Minnesota to get his...I don’t know, he probably had his Ph.D. before he came here but he got some graduate studies. So he recommended, “You better go to a Big Ten school! They’re pretty good! Minnesota’s a good school.” So I said okay, why not?

J: So what kind of preparations did you have to make before you left?

S: The fact of the matter is that my sister married a doctor who practiced initially in the States but he ended up in Toronto when I first came here. It’s kind of interesting because I had an opportunity to go to Toronto, and I was thinking of going to McGill University in Montreal because Marshall McLuhan taught there. So I thought that would be good, since the [media? medium?] [is? sends?] the message; it might be a good place to go. And I had...the Canadian Embassy basically gave me a greencard for Canada, to come there. But I still wanted to pursue advertising at that time, so I said, the best place to go for advertising is in the U.S. So I ended up coming to U of M. So the preparations I made basically were really not much because I was pretty conversant with English. So I looked at it as a huge big adventure.

S: Oh, yes. And going to a U.S. Consulate is no different than trying to get through a university bureaucracy. It’s the same thing, it’s just hurry up and wait.

J: Did you have wait long for a visa or passport, or did they…

J: When you were preparing to leave, did you think you would come back? Did you see this as a long term move?

S: Um, never thought of it. I just looked at it day by day. You know, let’s find out what happens when I get there.

J: Okay, so let’s take us to when you left. Do you remember what date you left, or what month?

S: I left in January. But I went to Europe and and Canada before I came and joined the first week in March, I think? Or was it April, it may have been April. It was the spring quarter that I started. Or term, I didn’t know what they had at that time.

J: I think it was quarter.

S: Quarter. So when I came, it was still pretty cold.

J: Tell us about the journey, about getting from India to the United States.
S: Well, I first went to Frankfurt, and then I went to London.

J: Layovers, or for longer?

S: No, I just visited with people, and also went to the ad agency in each one of those towns, and I did a little bit of...few days of work with them to see...see, I was handling an account in India called Chesebrough-Pond’s Cosmetic, which was worldwide. So, it was interesting to see how different countries handle the same product. They’re different marketing sets. So I was able to look at both the advertising strategy and marketing in different countries before I got here. It was useful.

J: How much time did you spend traveling in Europe?

J: And so you left. Where did you leave from to come to the U.S.?

S: Yeah, and that was...actually when I got to New York, I think that was the first...707 or something...jets that flew from Heathrow to JFK. And the door was stuck and it wouldn’t close. So it was like, 6 hours waiting on the tarmac! And of course I had to leave really early in the morning to catch the plane, and I was a pure vegetarian in those days, and really, nobody at the airline knew what a vegetarian meant! So I ended up really starving for about 14 hours before I got something to eat, and then they served everybody else in the airplane before they got to me, because this is a special deal, right? And when they got to me, it was--believe me, this is true--it was boiled asparagus, boiled broccoli, boiled cauliflower...it was just vegetables! Just boiled vegetables! That was my dinner.

J: So then you took off from London, and you went to Toronto or New York?

S: I actually came to New York. Then I had to catch a flight from New York to Toronto.

J: And how much time did you spend in transit?

S: I spent a few weeks there, until it was time for me to get to my class. And at that time, there was a air controllers’ strike, so I ended up having to take a train from Buffalo. So I came to Chicago, and came to Minneapolis, where a friend of my sister and brother-in-law’s, also a physician, he picked me up. And he was driving a Camaro, so he picked me up in a Camaro. And he took me to his house, and fed me some Indian food, and dropped me off at the university. They had a little thing for foreign students there, so he dropped me off there. And so that was it!
J: What were your first impressions of Minnesota?

S: My first impression was you didn’t really need a refrigerator; you could put your milk and stuff outside the window! Which was fine!

J: What did you think of the cold? Had you ever been that cold before?

S: I never really felt the cold that much. It seems so interesting that even though I came from a hot country, I’m able to withstand the cold much better than I am the heat. So, no, it wasn’t bad.

J: What was your first impression of Americans?

S: People, lack thereof. That is the first thing. You know, when you are in India, there’s people everywhere! So it’s really nice not to have as many people. It’s just a different thing.

J: Was there anything you missed when you got here?

S: Not right away, but of course, I started missing my home and my family.

J: Was there any vegetarian food to eat in Minnesota in the ‘70s?

S: Not really...there’s a little place called Mama D’s in Dinkytown, and the lady there, Mama D, used to make me a sandwich with banana pepper...so it was a banana pepper sandwich. So that’s what I used to have.

J: And what year did you get here?

S: ‘70. ‘69, ‘70. And, you know, people hadn’t heard of yogurt at that time here either, so I had to make my own yogurt. I had lots of talks with my sister in Toronto on how to make this stuff! And you really couldn’t buy Indian food here either at that time. So it was interesting.

J: Did you meet any other Indian students?

S: Not really. The two people who were with me that I initially roomed [with] was an Egyptian and an Austrian, and Austrian who had married this Austrian princess, and he owned a ski lodge in Zurich. The guy comes here, and the first thing he does is buy a Camaro! And he’s going to study English here. The main reason he came here was, he says if you go back and say that you’ve studied stuff in America, you get a better job and people respect you. So he was here for awhile.
J: Anything else you want to add?

S: Well, that was it, initially, and then once of course the school started, I got myself into...I looked for other opportunities and ended up working at CCO television, and I was able to get the classes that I wanted, and since I already had a good deal of experience, it also helped me to understand what the professors were trying to teach. So that was useful.

J: Did you ever think you’d spend the rest of your life in Minnesota?

S: Not until I met your mom.

J: That seems like a good place to end.