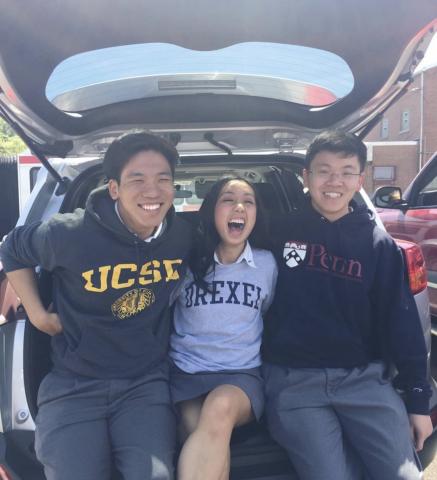 
Jae Kim, 21, is legally called Jaehyeon Kim by birth. Born on January 8, 1998, and raised under the umbrella of his parents until 2012 in Seoul, South Korea, Jae first came to the United States back in January 2012, when he was only 14 years-old, by himself.

Jae first arrives at Syracuse, New York after a 14 hours flight away from home, through a study abroad agency in South Korea. Everything from being apart from his parents to the commonly spoken language of English was new to him. It was a long journey from home to his new home, host family, but he was never welcomed.

Uncertain about the sense of community and belongingness in the United States, Jae says, “I tried to never talk in Korean, or talk to Koreans,” then added on, “I considered myself figurative to others, but that’s how I survived.”

Jae is currently attending University of California San Diego, pursuing his degree in Neuroscience as a second-year international student.

Going through and overcoming the barriers of communication, Jae now can say, “It was rough back then, but embarrassing to think about it today,” with a smile in his face.


My name is Jay Kim and currently go to UCSD and I'm 21 years old. I left South Korea and attended a school in the United States when I was 14 years old at January I started my first day in Syracuse New York where the student often made fun of me for not knowing any English. My host family detested me criticized me and often left me home alone without food after school. Returning home was not a relief from book cavalry to grammar. I had gone through every possible means that I could to improve my English. In addition to memorizing enormous amount of vocabulary and memorized parts of books in order to figure out how to write better sentences and talk to myself in English. However even that was not enough for me to understand classwork and homework. I once called my science teacher in Korea at 3:00 in the morning crying and asked her to explain Newton's Law in Korean. I watched American television shows without subtitles. Over and over I turned my computer on and start out to watch The Devil Wears Prada put my notebook in hand to take notes. I avidly wrote everything that I could hear and read in the book to ensure that I understood it. Tears welled up in my eyes. I ask myself why am I even here. I remember when I finally understood how to use the phrase I have to to express myself. I began to say everything starting with half to from that point on I felt satisfaction from acquiring new expression.

At the same time my grades started improving and I developed a sense of pride and confidence in myself. Although I thought I had lost my way during my first year as an international student I was able to persevere and find my inner strength. It was difficult but the first day in the United States was definitely a first step to the bigger world.