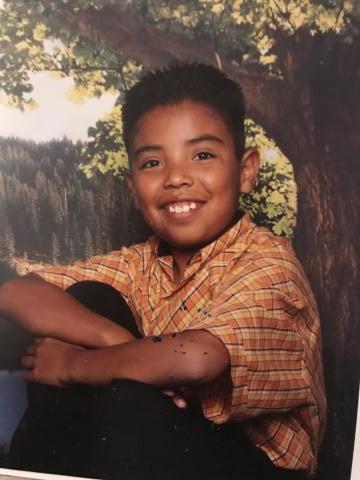 
Jorge Juarges came to the United States from Mexico as an eight-year old. In a time where immigrants and their stories are finally being prioritized to a mass audience, he appreciates the work done by groups like the First Days Project. While his isn’t one that is directly affected by contemporary issues like DACA or the Travel Ban, Jorge’s story is one that is shared by many Americans all over the country.


I was eight years old when my mom decided to bring us to the United States. It was because we were basically trying to better our lives and my dad was already here. We were like “Oh my God we’re moving!” We actually wanted to leave. So I remember we crossed the border and everything. We entered legally but with somebody else’s papers. And then my mom was the one that had to go through the desert, climb and literally travel two hours walking and shit to get across the border. So we made it across the border and stayed at a house for like four days, I believe it was. We were just there waiting for the guy who was going to bring us here to Seattle. And then the guy that was supposed to finally bring us arrived and then we got in the truck – it was like a little ass minivan, Chevy minivan, bro – and yeah, we started our journey to Washington, from Texas to Washington. I remember once we made it past Tacoma Dome, we made it through Tacoma Dome, past all the Military bases and Federal Way and stuff, we actually met up with my Dad at Southcenter. I remember pulling up to the McDonalds and seeing Southcenter – obviously it wasn’t as nice as it is right now, but it was still pretty nice – and I was like “Oh shit! We made it! We’re here!” We pulled into the McDonald’s parking lot and soon as the door slides open, I just see my dad and we hugged and that was it bro, my dad brought us to his apartments and then, yeah!