First Days Project
My name is Krishnamoorthy Subramanian.
"After some sleep there was the morning sun and the beginning of my rest of the long journey of life here in the USA." 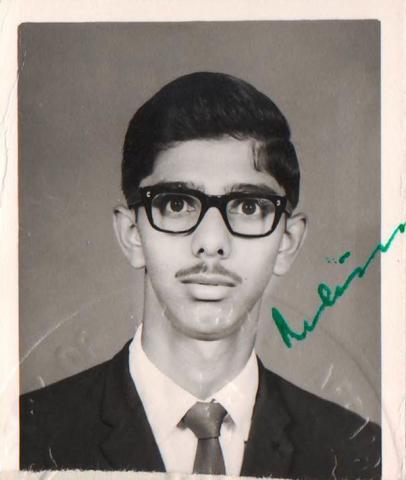 I finally reached New York, after starting my journey at Chennai, a long train ride to Mumbai which was delayed - which is a story in itself! - and hence the missed plane schedule at Mumbai. I landed at NYC on Sep. 4th 1972 at JFK airport. My friend who was expecting me there 2 days ago, did not know that I was arriving on this day and at this time! I had landed at NY, alone and with out the knowledge of where to go or what to do next? I called the Indian consulate at NYC, my only logical contact point. It was late in the evening and the office was closed. Luckily some one answered and suggested that I find my way to the YMCA building and get a place to stay. "Then come back and call us tomorrow morning" was the final advice!

With my limited baggage and sleepless frame of mind, I found my way to the curbside and asked for a bus to go to YMCA. On board a bus which I was suggested to board, I did not have the correct change. I shoved my $5 bill - a large portion of my meager resources - and went and sat at the back of the bus. Dropped off near the YMCA building, I found my way to the registration counter. "We have a room on the 23rd floor with TV, but it will cost you more", I was told. My reflections are faint and the floor number could be different. My memory is distinct that it was a high floor that I have never heard of. I said, "I have never been to the 23rd floor nor seen a TV in my life. So, both are OK for me". Then I dragged myself to my room and ventured out to brush my teeth and take a shower. The common bath room with so many men all naked was my first rude shock! I rushed back to my room and bolted myself inside the room. Silly as it appears now, that was my reaction at that time. I frantically called my friend, who had given me his contact number while at NYC. - the only other contact number I had in the whole of NYC. For that matter the only other contact number I had was for MIT graduate school office, where I was eventually headed. As luck would have it, my friend was still there at a suburban home. My friend had actually come from Minnesota for a few days to receive me and he was staying with his cousin living in a suburban town of NYC. He offered to come and see me (and it was around 7 PM by this time). I ventured into the bathroom for personal hygiene only after my friend came to meet me.

My friend and I took the NYC subway and reached his host's home, where we were received warmly to a fresh home cooked Indian meal. Then I said good bye and retuned back by Subway, alone and in a mostly lonely subway ride late at night. To think of it now is scary. With nothing to lose, fear for my life or possessions were far from my mind on that day! I reached the YMCA building (which is now after the many years, no more, as it has been demolished and converted into a housing complex).

After some sleep there was the morning sun and the beginning of my rest of the long journey of life here in the USA.