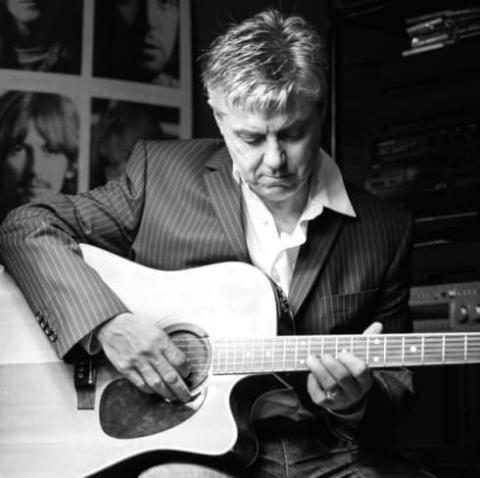 
Originally hailing from Ireland, Tony James Shevlin is a traveling musician who frequently works in the United States playing gigs for money. His touring has taken him all over the world, and yet he said he truly feels a connection with people in America. His favorite city--which he returns to often--is Kansas City, Missouri, where he feels an especially deep connection.

Now touring the west coast for the first time, Tony reflects on his career as a musician. In this interview he describes what drew him to America in the first place, and what keeps him coming back for more.


It was the most exciting day I can remember. You have to remember growing up in the 1960s and 1970s we had American TV, American movies, we had American music. So, to finally arrive as a twenty-something musician in New York it was just so exciting. There were these big buildings that I had only seen on tv were suddenly there and hearing these accents that I had only heard in films was just so exciting. I was just… blown away by first of all being there but the kindness of the people I met, it was just the most exciting time I can remember.