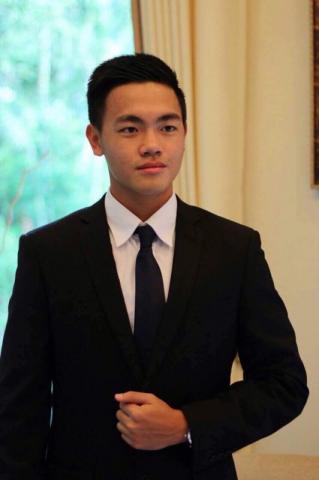 
“Alright so first days of coming to the states, I was super excited to, you know, go to UW for college, I’d been prepping for it over the summer, I’d been to an international school, I’ve been around people who lived in the states or are from the states, so it wasn’t as much of a culture shock as some would think, however it was strange like not knowing people from high school who are going to UW, because not a lot of people from my high school went to UW, so it was just kind of a strange feeling to be put in a new environment that I hadn’t been in before, especially by myself.

“I actually met one person that changed my whole perspective on how I lived my life. He was from Spokane, and he grew up not very wealthy, lived off food stamps, single mother, stuff like that. And so it really shifted my perspective because I’ve never met anyone like that or I’ve never known anyone like that personally, because I went to a private international school, I don’t mean to say that I lived better than other people, but I was fortunate enough to be put in a position to where everyone around me was living comfortably, and so when I first came here and met him, it was really eye-opening to see the struggles that other people have that you may not be used to.”