"I dove into that snow, and I started eating it, and people were telling me, 'You can’t eat this snow!'" 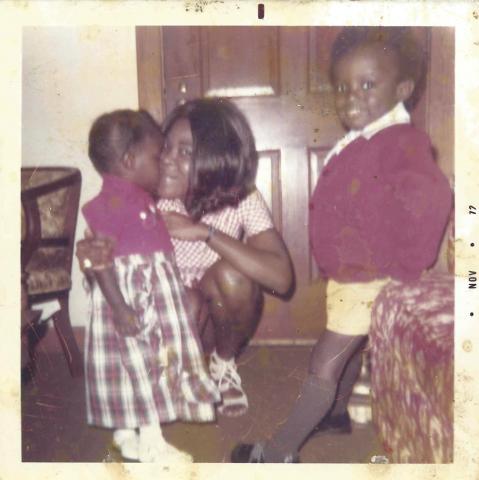 In 1972, she left behind a life of poverty in Nassau, Bahamas to pursue her dream of becoming an actress in Chicago, Illinois. Coakley-Spring was a 22-year-old single mother of two with, unbeknownst to her, another baby on the way.

Coakley-Spring still considers the United States her safe haven. But during her first days in this country, the people she trusted took advantage of her vulnerability as a new immigrant.


My name is Leona Coakley-Spring, and I own Rags to Riches Consignment Shop here in Redmond, Washington.

And this is my story.

The first time I came to the U.S., I left from Nassau, Bahamas and went to Chicago, Illinois. And it was in 1972.

I think I came in the middle of a blizzard—lots of snow and ice.

I dove into that snow, and I started eating it, and people were telling me, “You can’t eat this snow!” I’m trying to think you would make a snow cone, put some Kool-Aid over it, and eat it like a snow cone. They were like, “No, you can’t do that with that snow.” I was like, “Why?”

Oh gosh, what goes through my mind as I was getting there. I think it was like an out of-body experience.

But excitement of the fact that I would be able to accomplish a lot here, and I’m saved. I’m safe. I’m in America.

[A couple in Chicago allowed Leona and her children to stay in their home. They forced Leona to do housework and care for their child. Her work for them was unpaid.]

Just thinking back. The past. I haven’t really gone back there. It was really hard. There were a lot of hungry days.

And through it all, I still, you know, succeeded. And that’s because I live in America. Had I stayed in the Bahamas, I wouldn’t have accomplished much.