"I had no idea what country western was, but I found out that, for whatever reason, that English was easier for me to understand." 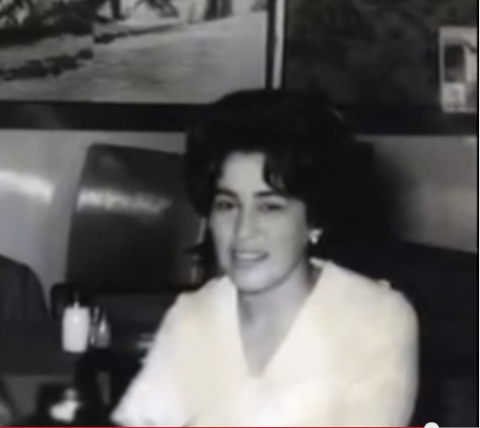 
My first name is Macrina, my last name is Soto. I arrived in the United States in 1964. I was, I think I was 19. I was living in Ciudad Juarez, Mexico. When I was growing up, according to the Mexican government, every child was entitled to an education. When registration time came for the kids to start school, the lines were long, long, long. If they didn’t make it there early enough, the child was likely to end up with no school.

They got to the point where the children was considered too old, and they would grow up with no education at all. Growing up, it was very... we were in a very traditional Mexican family. My father had died when I was 5, so my mother was the breadwinner. And her mother, my grandmother, is the one who took care of us when we were growing up.

We were okay, we were not… we never went without any food or clothes. We were the wealthy ones of a very poor neighborhood, so it was okay. My mother decided she had always wanted to live in the United States, and she moved legally to the United States to set up a business.

And she brought one of my sisters with her. She was able to get legal papers for my sister, but I was too old by then. So I had to wait until I got married. My mother moved all my clothes in the trunk of her car, and my husband had bought a little house... two bedroom house, one bathroom. And... it was okay because we moved to a... very Mexican neighborhood, there was a 100 percent Mexicans, so I didn’t feel too out of place initially.

I had gone to a town called Aurora in the state of Illinois to work, and I only knew two other Mexican people there, they were both nurses like I was. And that was quite a culture shock for me, because not being able to speak Spanish, and... the food was very different... and I had to adjust to a lot of things being away from home, etc.

We had to take English classes for the three years that I was there. Because of not being able to practice with anybody, my own English was not very, very good. My pronunciation was horrible. I got a job working in a hospital in El Paso, Texas. And I had to drive half an hour to the hospital and half an hour coming back. As I turn on the radio and a country western station. I had no idea what country western was, but I found out that, for whatever reason, that English was easier for me to understand.

So then I would hear the words and remember how they were written, and every time I heard a word that was kind of new to me, I would repeat it over and over out loud until I thought I got it right. And probably everybody else driving on my side thought I was nuts, because they would see me moving my lips and smiling and, you know, agreeing with myself or disagreeing... Long, long process, and I’m still working on it.

I still work as a nurse, I don’t work in the hospital anymore. I most admire in this country that children, and people in general, they are not afraid to work hard. Can really get far.