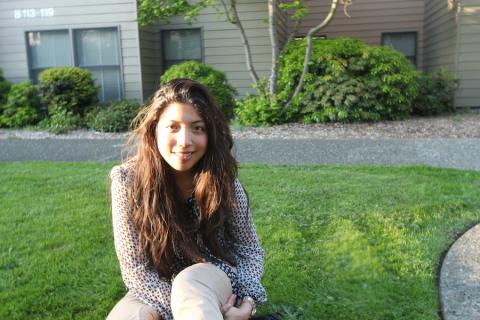 
Michelle Carrizosa came directly to Washington state from Mexico when she was 18 years old. She described her family back in Mexico as upper-middle class. In this sense, she wasn’t driven to the U.S. through struggle. Carrizosa simply wanted to go to school in the United States, unlike her friends.

When she first came, after boarding off a plane in Seattle, she went with her father’s friend to Wenatchee, Wash. Despite the family friend, she didn’t know what the person picking her up looked like.

Since her transition, Carrizosa has noticed one thing in particular: the longer she is in the U.S., the more change she sees in herself whenever she goes back home.


My name is Michelle Carrizosa, and I am from Mexico; I’m from the south of Mexico, a small city called Huajuapan, and, um, I moved to Seattle in 2009.

Do you remember the first time you came into the U.S.?

Yeah, I do [laughs]. Um, I thought it was pretty chaotic. Like, that’s the first thought I had. And, you know, people like talking something else that was not English precisely but people from all over the place. And by myself. And all also I was really nervous because I didn’t speak English. So, uh, I was told that they were going to speak really qui—like really fast. But then when you hear the accent, and people eating the words, it’s like, “oh my god, I don’t know anything at all” [laughs]. And, um, just a guy. I remember understanding what the guy said, and he said something like “what, what are—why are you here for?” Like “why are you—are you here for business or” for whatever he said. And I was like—I understood when I said, “I don’t speak English,” and he told me like, “oh well you’re speaking English right now.”

We over here, I guess—because there’s also more…people from…all over the place, like you never know what is your standard of beauty anymore. Uhm, like when I go back to Mexico, for example, and I show pictures of my friends, they make expressions like they’re not that pretty. And then, especially if they’re Asian or if they’re, like, uh, Black. Because we don’t have a lot of variety, like people either are white—in the north, they’re whiter—or they’re darker. But you don’t see people that are Black or people that are Asian. So they tell me that a lot. I’m like, “no, but in real life she’s really pretty. And, like, she’s a hit.” And, uhm, but they don’t believe me because their idea of beauty is really different, and I feel that mine has changed a lot since I came here. Because for me, I don’t think I see the same idea of beauty that they see.