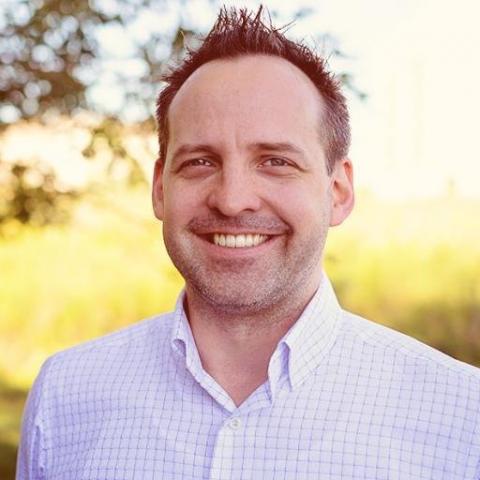 
Entrepreneur Robert Fedoruk came to the United States in the early 2000s from Ontario, Canada. For five years, his job as an IT consultant had him on the road crisscrossing the lower 48 states 2-3 weeks out of the month.

The more he traveled, the further his understanding of the country moved away from the way America was portrayed in Canadian culture, and the deeper his appreciation became. He began to realize that it was not just the job, but a true love of the culture and its people that kept him here.

So, when one of his clients offered him the opportunity to move the US work for them full-time, he jumped at the chance. Now, 20 years later, he still lives in Chicago with his wife and their two children, and earlier this year started his own tech consulting company.


Robert: So, I was raised in Canada. I was born in Germany but it was like, I came over right away with Canadian parents. So I spent most of my life being raised in Canada and then in my early early early 20s I got a job as a consultant and that put me on the road in the US quite a bit.

And so as I traveled in the US, and this would be in the really early 2000s, I found that the rah rah USA bravado that I had been raised, that Americans are arrogant and ignorant in the worst possible ways, was really wrong. And that Americans were very much naturally curious and whole lot more diverse than where I was coming from in Canada.

So, I’ve been deep south, I’ve been east coast, west coast, I’d been all over the place. That’s really what I loved about my job was I was seeing all these kind of flavors of America, you know, the helpfulness, and the curiosity, and the drive, and the you know this, this endless source of optimism really attracted me.

And then I’d be on the road amongst people that were, you know, they’d give me their shirt off their back if I needed it.

One time I got really sick onsite. I passed out at my computer—I was like badly, seriously ill. The customers like took me to the hospital, they had people waiting with me in the hospital. They didn’t leave me alone. They made sure I got back to my hotel, they kept on checking in at my hotel, made sure I was okay. And they basically like nursed me back to health until I was healthy enough to come home. And these are like people that were strangers the day before.

What I loved about moving to the US was that everybody was, even to this day when people find out I’m Canadian, there’s just like this natural curiosity about “oh you’re different from me, let me find out about that.”