"When I arrived, Bangladesh had just achieved independence. And most of the countries of the world, they did not even recognize Bangladesh." 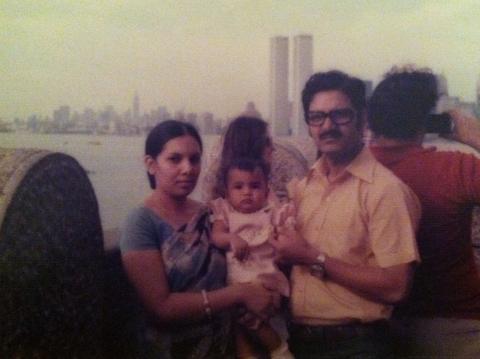 When I arrived, Bangladesh had just achieved independence. And most of the countries of the world, they did not even recognize Bangladesh. Bangladesh did not have any currency. Only two countries recognized Bangladesh: India and Soviet Russia, because they were allies. So, I couldn't buy a ticket because there was no foreign currency. Aeroflot, Soviet Russian airlines, were the only airline in the world that would accept Bangladesh Taka [Bangladeshi currency]. But they didn't fly from Dhaka, only New Delhi. So I had to fly to India first, and I stayed a week with my parents in Calcutta. From Calcutta, I flew to Delhi on Indian Airlines. From Delhi I took the Aeroflot flight.

It was April. It was Spring in Bangladesh. I had one suit, which I was wearing, because that was given to me by my in-laws for a wedding present. The Aeroflot flight flew from Delhi to Moscow. I stayed a couple of days in Moscow. When I got to Moscow, I had a completely different experience because the whole airport was full of police. And it was like almost everybody was a convict. I had to submit my passport to the police. After about an hour and a half, they arranged a hotel for me. I was very hungry but I couldn't buy anything because everything I wanted to do had to be accompanied by a police officer. I think there were maybe three times more police officers than passengers in the airport.

The following day, I flew to New York, but the plane could not land there because of dense fog. All the planes were diverted to other cities. My wife's friends were supposed to pick me up in New York, and they were waiting for me there, but I was diverted to Dulles Airport. Since I was diverted there, I had to go through immigration in Washington, D.C. There they handed me my green card and said, "Welcome to the United States." I spent my first night in America in a beautiful Marriott hotel.