"In Burma, we had to be very careful not to let people know who we were. We had to hide our identity." 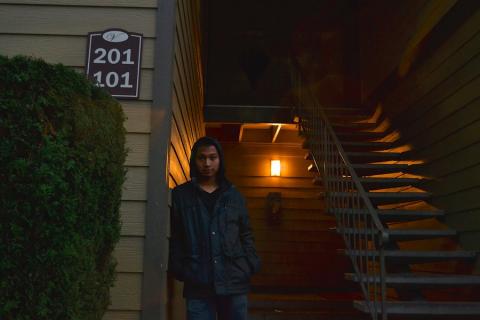 
Myanmar, also known as Burma, has a history of an abusive militant government. Dangerous conflict has forced many Burmese people into refugee camps and resettlement in surrounding countries. Increasingly, they are ending up in the United States.

Ta Kwe Say, a naturalized citizen currently attending The University of Washington, arrived in Seattle on July 3, 2007. In Burma, his ethnic identity as a Karen was essentially his own worst enemy.

Many of Ta’s relatives were intimately involved with the KNU’s efforts to undermine the central government. This made Ta and his family prime targets of the Burmese military.

“In Burma, we had to be very careful not to let people know who we were. We had to hide our identity,” said Ta.

In search of a better life, Ta’s mother left him at a Burmese boarding school to go to Thailand. She was eventually granted permission to resettle permanently in the United States.

Ta was still enrolled in the boarding school in Burma when his mother asked him to go to the U.S. with her. He initially refused, and his mother left for America without him.

“I didn’t want to go. I think I was just young and didn’t understand. It’s scary to leave your country and all your friends,” Ta reflected.

Around the time he was 12 years old, he and a few family friends moved to Bangkok. For about six months, his home was tucked away in apartment complexes that rose 10 or more stories. He lived in a single unit with about seven to 10 other people, five of whom were children. It was made up of a small living, one bathroom, and a balcony that served as their kitchen.

A Christian pastor housed him for the rest of his stay in Bangkok. During this time, because he was essentially in hiding, Ta received no formal education. Most of his time was spent inside or at church.

Ta and other refugees seeking asylum in Thailand often do not have the option of staying in the country. They apply for refugee resettlement through the International Organization for Migration (IOM).

The IOM works closely with governments and the United Nations High Commissioner for Refugees to provide legal assistance, not limited to temporary documentation. However, documents did not help to quell refugees’ fears.

“The police can come and knock anytime. You can be deported or put in jail,” said Ta.

The IOM also works with NGOs and other partners that help provide direct resources for refugees. However, support is often minimal.

“We got enough money to eat everyday, but it wasn’t really good. Not very nutritional,” explained Ta.

Kostin explained that even with recent positive developments in Burma’s political sphere, there were no fewer migrants in Chiang Mai.

“They’re waiting to see if the change is genuine,” said Kostin.

Simon Khin organizes Northwest Communities of Burma, based in Seattle. He sees a general increase in the Burmese refugee community as a whole.

At an event organized by the Burma/Myanmar Student Association UW, a few individuals from earlier waves of Burmese refugees echoed Khin’s observation.

Earlier generations describe that they were the only Burmese family in the neighborhood when they first moved to the area. They now watch as the community grows.

Ta’s mother was one of the earlier pioneers and sponsored Ta’s immigration to America. After about two years living in Thailand, Ta was finally able to move to the U.S. and be reunited with his mother after nine years.


The first day was July three, so before Independence Day. So it’s like, what’s going on? Like, is that shooting? I didn’t know, but it was fireworks.

So in the airplane, actually, we have a lot of refugees, from, coming from, could be from refugee camps, or could be from Bangkok. And we went to L.A. together, then we split to different cities.

It’s kinda scary, you know, traveling by yourself, alone, from one country to another.

I was by myself coming to Seattle. The security, or one of the people who work in airport greeted me. I had to wait in airport in their office to wait for my mom to pick me up.

First time I see her maybe since, I was maybe seven, eight years old.

Emotionally, I am, I’m happy. Because I haven’t seen my mother for a very long time.

And also sad that I had to leave what I know about Burma or Thailand. Getting here is a really good thing, but you don’t want to leave your home country.

The first day pretty much is for me is being in a new place, and being in apartment. Never had really nice apartment before. So like, oh, the house has a carpet. Okay, great.

And also it’s so cool that they have hot showers, cool showers, or you can mix it. In Burma and Thailand, we don’t have that.

It’s all different. It’s more organized here. It’s cleaner. And even having my own place with bathtub, is really like a cool thing.