"Lots of people didn't have freedom, so they tried to escape. I was just a college student, I had no idea what escape looked like." 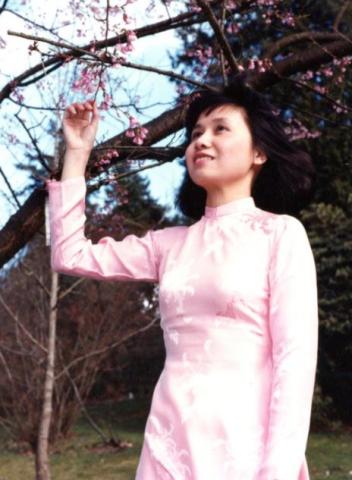 After 1975, when the Communists came over to Saigon and took over south of Vietnam, life became very chaotic. Lots of people didn't have freedom, so they tried to escape. I was just a college student, I had no idea what escape looked like.

I am so scared, the reason why I am scared is because I heard on the news that a lot of people died in the ocean. I had no idea what the U.S. looked like but in my head I thought, "Here is heaven." So I decided to take a change, I may be alive, maybe not.

We saw a little house and tree and we knew that we survived.

But I didn't realize the weather in the wintertime in Seattle, the sky is dark. I looked outside and I thought, "What happened? Why did the sun disappear, why is it so dark?"

The first time I tried hamburger and milkshake, it was so good.

Life and death are so close -- they both go by quickly.

When I was young I was really shy and scared, but your mind keeps changing as you get older -- it gets stronger. I just move my body, relieve the tensions of my body, listen to the music, and enjoy it. It's fun.

Music by Beast, Please Be Still (Order of the Golden Dawn)
(http://beastpleasebestill.bandcamp.com/)