"So when I hear people complaining about undocumented aliens, I ask them, what does that look like? And when I confess to them, they are completely shocked because that’s not what they are talking about." 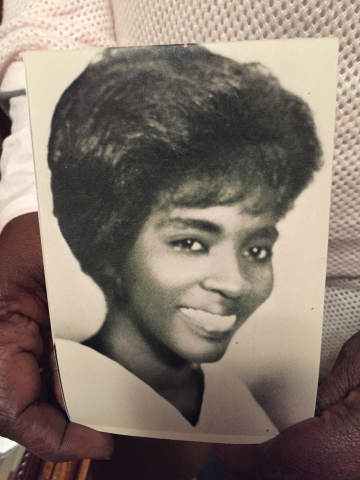 
Phyllis Alleyne arrived in Seattle, WA on September 6, 1966 as a 21 year from Panama City, Panama. She came to attend the University of Washington in Seattle on a grant from the Institute for International Education. On the night of her arrival she was greeted by her host family, with whom she stayed before moving into the dormitory at the start of school. Almost 50 years later, she remains close to this family, seeing them often.

In Panama, Phyllis had attended junior college with several Americans and many Americans were living in the country, her mother was a fine cook who experimented with many foods, including American, so this part of the acculturation was not difficult. Having never left home before this journey, it was a bit challenging, though friends were made quickly through the dormitory and school clubs, several of whom are amongst her closest friends today. The Cosmopolitan Club held a Miss International pageant that Phyllis entered and came in second place.

When the topic of undocumented aliens comes up in conversation Phyllis wants to recount that she once carried that status. Though she entered the U.S. legally with a proper visa, she married, had a child and was so busy in her new roles in life she forgot to do her alien registration. Immigration agents came to her home where they thought she was living under a pseudonym (it was new new married last name). Luckily for her the situation was clarified and resolved quickly, she notes that it was a lot easier then.


I arrived in Seattle in the evening of September 6, 1966. I was met by my host family and they pointed out the Space Needle. What I found strange was, I think it was a day or two after I arrived, we were out and around and it was sunny and as we stepped under a tree, it was cold, I was unaccustomed to that severe a change during the day time and I still have weather issues with the city of Seattle.

I had read about the University of Washington and all the buildings and they also had a description of the area around the university and all of the different churches, so I had been unaccustomed to gothic architecture and so I thought all these buildings on campus were churches and wondered where the classrooms were. It was challenging, I had never travelled away before but I soon made friends and participated in various student groups. I lived in the dormitory, several of my roommates during my first year are still friends.

One experience I’ve had, that is still a surprise to many people who meet me is the discussion of undocumented aliens, because I used to be an undocumented alien. I came appropriately with a visa as a student. I got married in 68 and by the end of the year I had my firstborn and I was so happy and busy being mommy that I forgot to do my alien registration and one evening there was a knock on the door, there were two very tall men from the immigration service who introduced themselves and told me that they understood that I am living out here under the name of “Gayle”(her new married last name), that was my pseudonym according to them. Anyhow, I went through a process and soon got my status clarified. Of course, then it was a little easier then it is now for many people. So when I hear people complaining about undocumented aliens, I ask them, what does that look like? And when I confess to them, they are completely shocked because that’s not what they are talking about.