"You know, when I was a little boy, I always had that feeling like I want to work for a movie theater or network television…" 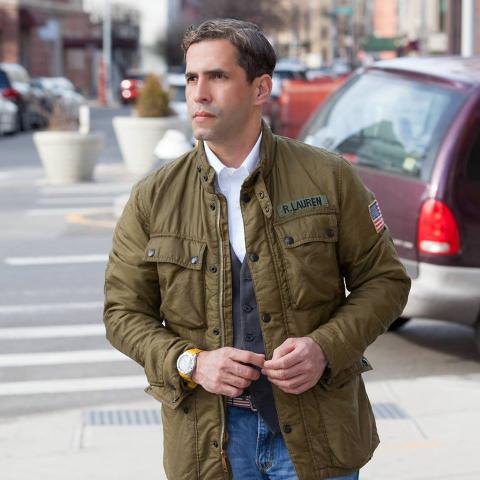 
My name is Rafael Caba. I’m from Dominican Republic, La Vega. You know, when I was a little boy, I always had that feeling like I want to work for a movie theater or network television when I was 14 years old.

And I had an opportunity to get in, and to be a student. And then when I was 17, I had the camera right on my shoulder.

When did you arrive in the United States?

What were your reasons to come here?

Because coming to United States, especially to New York, you have very opportunity, you can make it go the way you want it, it’s great.

Did you take classes to take learn [the] language?

Yes, I went to Queens College and Baruch College.

Where do you live now? What is this place.

What are you doing now that has made you different from the past?

What kind of transportation did you take?

I take the train, always.

And how was your trip?

On the train? I love the train.

Why do you love the train?

Do you regret coming to the United States?

Because this is a perfect place… the United States is the most beautiful and comfortable place in the whole planet.

So you’re saying you recommend this place for others?

For everyone, all over the world.